Technology   In Other news  10 Apr 2018  Alphabet unit to start Toronto smart-city tech pilot in summer, build in 2020
Technology, In Other news

The first residents could move in as early as 2022, CEO Dan Doctoroff said in an interview. 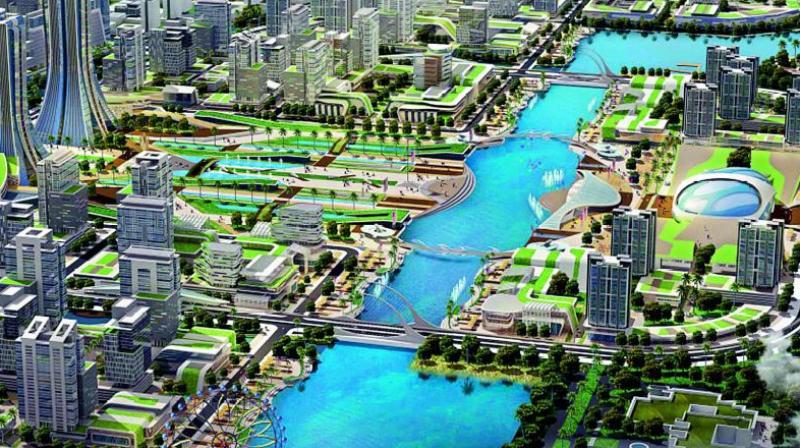 Sidewalk Labs has faced growing scrutiny over its plans to put sensors and cameras all over Quayside. (Representative Image)

Alphabet Inc’s urban innovation company Sidewalk Labs hopes to break ground on its first ever smart-city project in Toronto in 2020, and begin testing some of the proposed technologies this summer, its chief executive told Reuters.

This is the first time a timeline has been publicly disclosed for the project designed to increase land efficiency, cut costs and conserve energy in one of the world’s priciest housing markets as development struggles to catch up with a rapidly growing population.

Government-backed agency Waterfront Toronto in March 2017 requested proposals to develop a 12-acre (4.86 hectares) environmentally friendly mixed-use area that would add jobs and be affordable for all ages and income brackets. That was the first part of the planned revitalisation of about 800 acres of industrial wasteland to the east of the city’s downtown on Lake Ontario.

Sidewalk Labs was chosen in October based on a proposal that included autonomous vehicles, a thermal grid that does not use fossil fuels, low-cost modular buildings with flexible uses, and robotic delivery and waste-management systems. The company settled on Toronto after searching for sites across North America, Europe and Australia to create a smart city.

A development plan is expected to be approved by the Sidewalk and Waterfront Toronto boards by the end of 2018, and the first residents could move in as early as 2022, CEO Dan Doctoroff said in an interview.

The timeline is subject to government approvals and other processes that Sidewalk expects to spend most of 2019 working through, Doctoroff said.

“Quayside will be a prototype for a broader opportunity,” Doctoroff said. “What we’re trying to do, no one has really succeeded in doing. Thus far, I’ve been thrilled with the way things have gone ... but I’m not sanguine about the challenges.”

Other smart city projects have largely failed because of budgets, the involvement of too many parties, and the use of public resources on development with no immediate benefits for the broader population.

Corporate access to personal information is a growing concern. Sidewalk Labs has faced growing scrutiny over its plans to put sensors and cameras all over Quayside.

Doctoroff said Sidewalk Labs would destroy non-essential information, only retain data that would improve the quality of life, and not sell them to advertisers. Third parties must adopt privacy policies developed for the plan, he added.

Most of the technology will be sourced from several other companies, Doctoroff said. “It’s possible we might invest in (some of) them to encourage them or potentially to fund some of those things, but that will be a smaller percentage.”

Sidewalk has invested $50 million for testing and engagement this year. It will lease a new waterfront office in summer, where it will showcase some Quayside technologies, he said.

Sidewalk will have a better idea by year-end whether its partnership with Waterfront Toronto could extend to the broader eastern waterfront, he said.

Some technologies can be effective in Quayside’s limited area, but others including mobility, energy and building systems need larger economies of scale to be effective, Doctoroff said. Sidewalk Labs has been approached by others to do similar projects elsewhere but is focused on Toronto for now, Doctoroff said. “We’ve got to get it right here.”