Technology   In Other news  10 May 2020  Days of haggling for free dhaniya over, consumer behaviour shifts as vegetable stores go online
Technology, In Other news 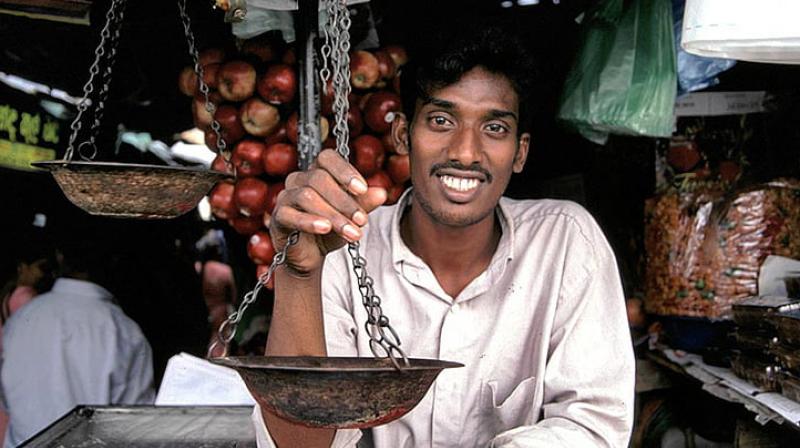 Vegetable shops have switched to Swiggy and Zomato, and now with Amazon and Jio trying to rope in more kirana stores into going online, Indians will have no bargaining chip left.

New Delhi: The lockdown meant that vegetable and grocery shops had to shut completely or switch to online platforms to keep their businesses going. This has forced a change in Indian consumer behaviour, as it leaves no room for bargaining. Now Indians are purchasing vegetables and other consumables online at quoted prices, forced to leave behind the old habit of asking 'dhaniya' or 'mirchi' free from vendors, a survey by Enormous Brands showed.

The web-based survey, conducted between March 30 and April 22, had 3,737 respondents in cities including Delhi-NCR, Mumbai, Bengaluru, Chennai, Pune and Ahmedabad.

It found that there has also been a sharp increase in adoption of digital technology by older people to join the e-commerce bandwagon for ordering items like milk, grocery and home essentials and paying through wallets and UPI.

Around 42 per cent of respondents claimed they buy vegetables and other consumables without asking for prices, which is a drastic shift from a universal value-conscious, penny pinching Indian mentality, it added.

The Enormous Brands surevy also found that India's older population adopted digital technology faster during the lockdown, with as much as 47 per cent higher adoption among the older  population (55-65 years) of e-commerce for ordering milk, grocery and home essentials and paying through wallets/UPI.

"The banks have been promoting internet banking for over a decade, in just the last month the data suggest that first time users have increased by 28 per cent. The maximum shift of 33 per cent is among the (elderly) age group," it said.

With lockdown forcing people at home, one of the obvious choices to spend time is television watching.

The study found that TV viewership grew from strength to strength during lockdown, shining over OTT platforms. It found that 43 per cent saw cable TV as the primary entertainment in the high-income households and 13 per cent across the sample size re-activated their DTH/cable subscription, it said.

"Interestingly, 'news' has emerged as the new GEC (general entertainment category). A staggering 64 per cent of TV viewing time across the TV viewing population is spent on the news channels, while 43 per cent believe that news reporting is unbiased and 27 per cent believe that there is a clear indication that few news channels are pro a particular political party," the survey said.

This study was conducted to help brands understand how the current situation is moulding the habits, behaviour and attitudes of Indians.

As per the survey, newspapers are poised for a strong return, with 74 per cent of the respondents saying they missed their daily newspaper. While 29 per cent have moved to reading newspapers online, only 4 per cent would unsubscribe from the hard copy.

"Looks like the newspaper is a habit like coffee that has grown on the Indian palette, making it difficult to part with," it said.