Technology   In Other news  10 Sep 2020  Over 40 rights groups write to Zuckerberg seeking Ankhi Das' removal as India Policy Chief
Technology, In Other news

The rights group said the bias in policy led by Ankhi Das had spurred violence against minorities in India. 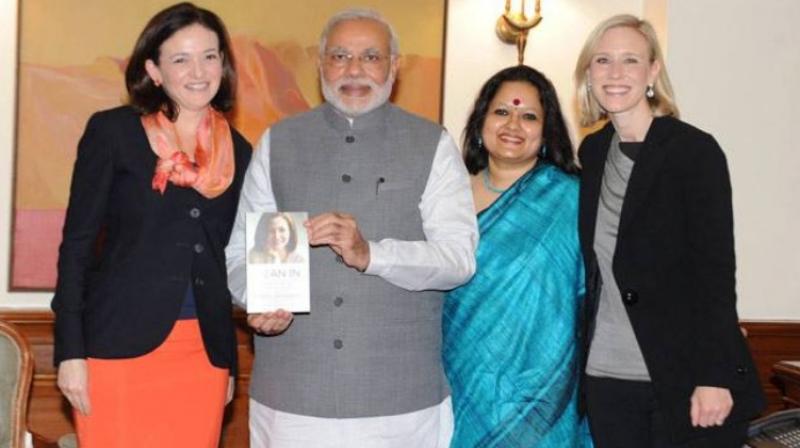 “Facebook should not be complicit in more offline violence, much less another genocide (referring to charges of spurring Myanmar's systematic killing of Rohingya people), but the pattern of inaction displayed by the company is reckless to the point of complicity,” the letter stated. This photograph shows Facebook India Policy Chief Ankhi Das posing with Prime Minister Narendra Modi. (Photo | Facebook - Ankhi Das)

San Francisco: Civil rights groups on Wednesday said Facebook has failed to address dangerous content in India and demanded that the head of public policy for the country be removed.

“Facebook should not be complicit in more offline violence, much less another genocide, but the pattern of inaction displayed by the company is reckless to the point of complicity,” the letter stated.

“It is no secret, given the acknowledged and harsh realities of Facebook’s role in the Rohingya genocide in Myanmar, that online violence and hate easily spill into violence in real life.”

The letter was signed by more than 40 groups including the Southern Poverty Law Center, Witness, Muslim Advocates, and Global Project Against Hate and Extremism.

It comes in the wake of controversy over anti-Muslim remarks posted on the page of a member of the ruling party that were not initially removed.

“The full extent of the harm done by Facebook India is yet to be determined, but even what we know now highlights the urgent and serious nature of these demands,” the letter read.

Facebook has acknowledged in the past that it needs to do more to fight hate speech in India. The social network did not immediately respond to an AFP request for comment.

Facebook last week banned an outspoken right-wing Indian politician for spreading hate speech about Muslims as the social media giant battled accusations of bias over its handling of rival parties in the key market.

T Raja Singh, a regional lawmaker for Prime Minister Narendra Modi’s ruling party, was blocked “for violating our policy prohibiting those that promote or engage in violence and hate from having a presence on our platform,” a Facebook spokesman said at the time.

Raja made headlines for reportedly saying that Muslim Rohingya refugees from Myanmar should be shot.

Facebook has been caught in the middle of accusations of bias from rival sides in India’s feverish political battlefield. India is the American firm’s biggest market in terms of number of users.

Opposition parties said it favours the BJP after the Wall Street Journal reported that Facebook’s Ankhi Das refused to take down anti-Muslim comments by Raja Singh because it could damage the company’s business interests.

Social media giant Facebook admitted last month that it has to do better to curb hate speech as it battled a storm over how it handled comments by a member of India’s ruling party who called Muslims traitors.

“We’ve made progress on tackling hate speech on our platform, but we need to do more,” Facebook India’s managing director Ajit Mohan said in a statement that denied any bias.