If Toshiba fails to close the sale in time, that could keep Toshiba in negative net worth for a second year in a row. 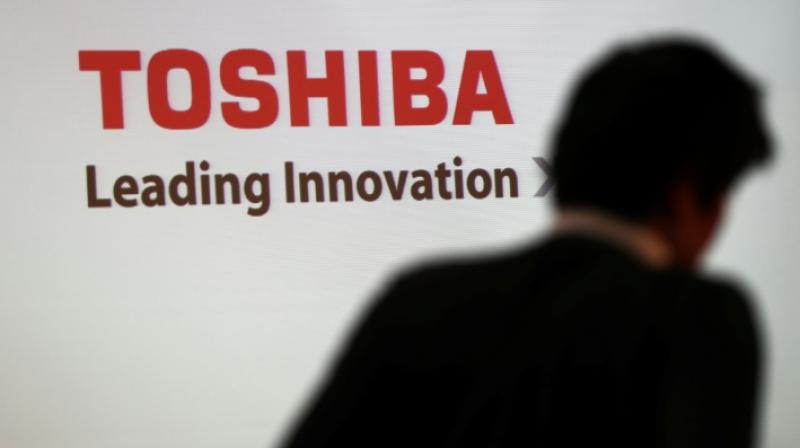 It can be seen as a desperate attempt to avoid a possible delisting.

Toshiba Corp, desperate for cash to avoid a possible delisting, is considering raising about 600 billion yen ($5.3 billion) by offering new shares in a third-party allotment, a person briefed on the matter said on Friday.

The Japanese conglomerate has received proposals from several domestic and overseas brokerages for plans to raise money through a public offering or third-party allotment, and is looking into the option of allocating shares mainly to overseas investors, the person said.

In early trade, shares of Toshiba fell as much as 8 percent on the capital injection plan, first reported by public broadcaster NHK. They were down 4.5 percent by mid-morning, underperforming the benchmark Nikkei average’s 1 percent fall.

Strapped with liabilities arising from its bankrupt US nuclear unit, Toshiba agreed in September to sell its prized chip unit, Toshiba Memory, to a group led by Bain Capital for $18 billion. Earlier it had also sold its camera sensor business to Sony. It needs to beef up its balance sheet by the end of the fiscal year in end-March to avoid a possible delisting.

The source told Reuters that Toshiba wants to finalise the capital injection plan by year-end because it would need shareholder approval depending on the offering price and scope of share dilution. The person declined to be identified because the plan is not public.

In a statement, Toshiba repeated its stance that it was aiming to close the deal to sell its chip business by the end of March, saying in response to the NHK report that nothing specific had been decided regarding any funding plans.

Announcing half-year results a day earlier, Chief Financial Officer Masayoshi Hirata said Toshiba had launched a working group to consider various options to raise capital in case the deal did not close in time. He offered no specifics.

If Toshiba fails to close the sale in time, that could keep Toshiba in negative net worth for a second year in a row, putting pressure on the Tokyo Stock Exchange to delist it.