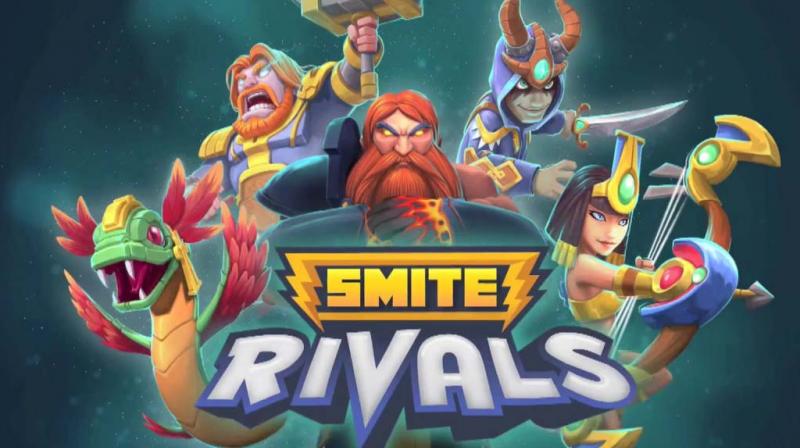 SR is currently in Pre Alpha mode but some details have come up and it seems interesting.

After the latest rage that is Clash Royale becoming an actual eSport, Hi-Rez Studios has come up with their own collectible card arena game Smite Rivals (SR).

While it is impossible to avoid comparisons to Clash Royale (CR), the fact is that the game will share a similar audience pool with the biggest difference being SR is available natively on PC, opening it up to a whole new audience that currently uses emulators to play CR.

SR is currently in Pre Alpha mode but some details have come up and it seems interesting. Hi-Rez brings over their three lane MOBA design over to SR and players build a deck around specific gods, and then minions under them. This adds a whole new dimension as gods have their own abilities and stats. They can be deployed as an elite unit, with their unique abilities; they also have abilities that can be used for a small mana cost and with a cool down.

The games basic gameplay involved damaging opponent towers, nothing revolutionary but the three lane really adds more depth and complexity. Minions take longer to travel across the three lanes, and doing damage gets you points and the end of each round the players with the most points wins.

The game is set to be available sometime in 2017, for Mobile and PC, its biggest draw in my opinion. Similar to what Blizzard has been doing, SR will have a lot of cross promotion with Smite with exclusive skins and more.