Technology   In Other news  11 Feb 2020  Helo launches 2nd season of #FridayFever show; offers entertainment like never before
Technology, In Other news

The show features ‘Malang’ star cast in the first episode. 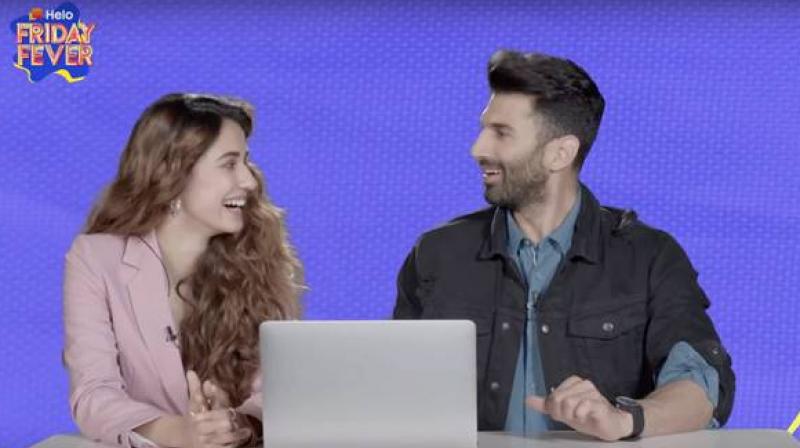 The first episode of the new season features the most talked about duo of Bollywood, Disha Patani and Aditya Roy Kapur.

Helo launched the second season of its famous in-app show ‘Friday Fever’. After the grand success of the first season owing to the splendid response from Helo’s diverse community of over 50 million monthly active users, the new season is promised to be even bigger and better with some of the country's biggest stars participating.

Helo #FridayFever 2 will bring exclusive insights from top celebrities, who'll share fun anecdotes from their personal life, behind- the-scene, and their experience during the making of their upcoming films.

The first episode of the new season features the most talked about duo of Bollywood, Disha Patani and Aditya Roy Kapur, for their upcoming romantic thriller ‘Malang’ answering intriguing questions like ‘Who will be your valentine this year’?, ‘Similarities between their real and reel selves etc’? Both the stars spoke about how they did all their stunts themselves, right from sky diving and cliff jumping to underwater swimming. Adding to the thrill, the actors cheerfully shared what they did to “Unleash the Madness', which is also the tagline of the film. The stars also took the platform to inform their fans about the intense shoots and workouts that went into the making of the characters. Aditya revealed that he lost over 8-10 kgs of weight to play this character. Concluding the episode, both actors were asked to give each other a product tagline, where Disha tagged Aditya as “MDH ka Tikha lal” and while Disha was tagged as ‘Har Ghoont mein swag hai’.

Helo is bringing fans closer to their favourite movie stars and keeping them entertained with exclusive insights, including from their personal life. Through #FridayFever 2, the platform brings some of the most popular stars to share their excitement and expectations from their upcoming movies. The first season of the show featured various popular celebrities like Saif Ali Khan, Arjun Kapoor, Kriti Sanon, Nawazuddin Siddiqui and many more.

Link to the episode: http://m.helo-app.com/al/xSpSypYcd