The problem, however, is that it takes almost forever to get from where one mission ends till where the next one starts. 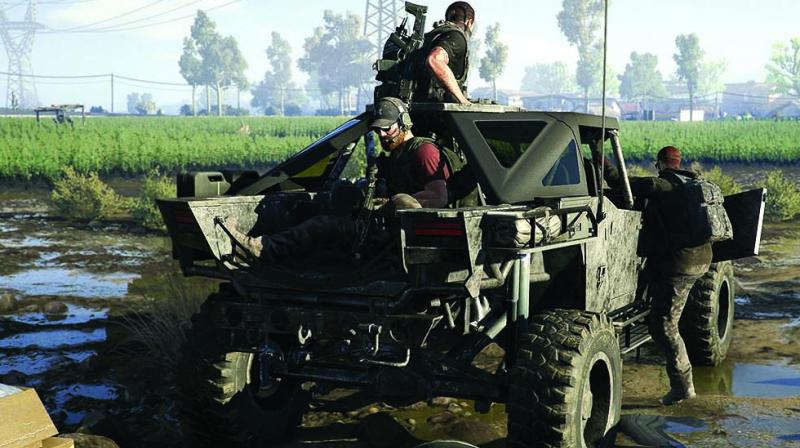 Tom Clancy’s Ghost Recon: Wildlands is basically a combination of everything Ubisoft has tried over the last few years and its given us some interesting results.

Ghost Recon: Wildlands put you in the shoes of a covert ops soldier sent to Bolivia to destabilise the Santa Blanca Cartel, and ultimately take it down. You will spend your time making your way across Bolivia, discovering and exploring various provinces as your unravel the Santa Blanca organization, from footsoldiers to lieutenants in order to draw out their leader, El Sueno.

While the story has no set order, giving you freedom to choose any target at any given time; each target has his or her own timeline and missions that must be completed in order to unlock the final takedown mission. These range from convoy takedowns, to assassinations to carjackings or just simple recon.

The beauty of Ghost Recon: Wildlands lies in the freedom it gives players in how they want to approach any given mission, barring a few mandatory stealth ops you can go in guns blazing or sneak in as you like. The problem, however, is that it takes almost forever to get from where one mission ends till where the next one starts. The world of Ghost Recon: Wildlands while absolutely beautiful, makes travelling very difficult, but then I guess it sort of adds to the realism of how a covert team travels. But as a game, it really is frustrating, especially since the driving and flying mechanics aren’t very refined.

The side missions are pretty well integrated with pop up rebel attacks and SOS signals and enemy convoys every now and then. Each mission gives you some extra resources which can then be used to unlock new skill points like extra HP, longer range on the drone, squad commands and more.

While the game is centred around a coop experience, you can enjoy it alone with 3 AI squad mates who aren’t all that smart but definitely do a good job at reviving you.

The added benefit of offline single player on PC is that you can take screenshots with NVIDIA Ansel, opening doors for those who love making game content.

The real experience, however, is online with friends, public matchmaking for a coop game just doesn’t cut it. Perfectly executing a tactical strike with friends is extremely satisfying and makes the game 10x more enjoyable.

So if you’re playing Ghost Recon: Wildlands of any platform, make sure you get some friends to join in.