It was the first house built in situ for human habitation using a robot 3D-printer, called the BatiPrint3D. 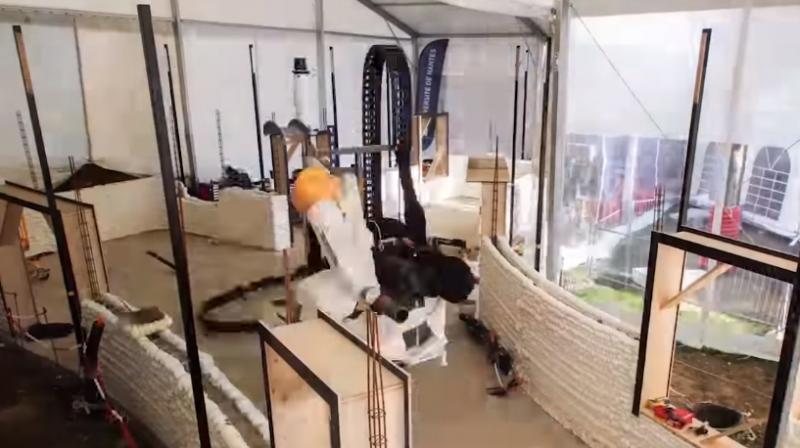 The robot uses a special polymer material that should keep the building insulated effectively for a century. (Photo: YHANOVA BatiPrint3D)

Researchers have unveiled what they billed as the world’s first 3D-printed house to serve as a home in the French city of Nantes, with the first tenants due to move in by June.

Academics at the University of Nantes who led the project said it was the first house built in situ for human habitation using a robot 3D-printer.

The robot, known as BatiPrint3D, uses a special polymer material that should keep the building insulated effectively for a century.

It took BatiPrint3D around 18 days to complete its part of the work on the house - creating hollow walls that were subsequently filled with concrete for insulation.

“Is this the future? It’s a solution and a constructive principle that is interesting because we create the house directly on site and in addition thanks to the robot, we are able to create walls with complex shapes,” said Benoit Furet, a professor who worked on the project.

The 95 square metre (1000 square feet), five-room house will be allocated to a local family which qualifies for social housing, authorities said.

The Y-shaped home is equipped with multiple sensors that monitor air quality, humidity and temperature, as well as equipment to evaluate and analyse the thermal properties of the building.

Researchers believe this technology will enable tenants to save on energy costs.

Authorities in Nantes are planning further 3D-printed building projects, including a public reception building and a housing estate.