Technology   In Other news  11 May 2020  As techies worry about covid impact, Wipro denies rumours of retrenchments, pay cuts
Technology, In Other news

Employees who are in between projects have not been asked to take a pay cut, the IT company clarifies. 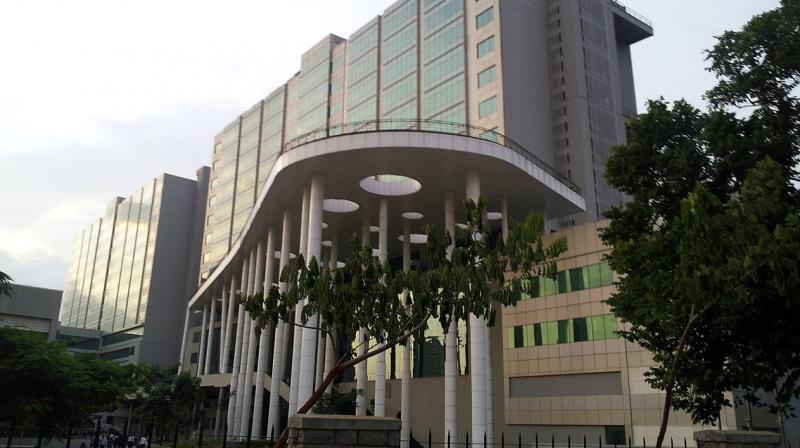 The company wants to reiterate that there are no retrenchment plans. Wipro has well defined policies and people practices in place to take care of its employees,” Wipro said. In this image, the Sarjapur office of Wipro is seen. (Photo | Wikimedia Commons)

Bengaluru: Despite the union government warning companies against retrenching employees or cutting their salaries during the COVID-19 lockdown, some companies seem to have taken drastic measures anyway.

This had led to rumours in Pune that the labour commissioner has asked IT services firm Wipro to respond to a complaint filed against it which alleges that 300 employees have been put on the bench with a cut in salary.

Asked about the communication from the Labour Department, Wipro Limited said it hasn’t. The company will present the facts before the department, as and when required.”

When asked whether it had any plans for pay cuts and retrenchment in Karnataka, the company denied the rumours. “The speculation related to the workforce is unfounded and has no basis. Wipro categorically denies these rumours,” a statement said. “There have been no salary cuts for employees who are in between projects and are awaiting new assignments.”

The company also sought to reassure its staff. “The company wants to reiterate that there are no retrenchment plans. Wipro has well defined policies and people practices in place to take care of its employees,” it said.

As far as the Maharashtra labour department is concerned, the department has forwarded a copy of the complaint against Wipro limited and asked them to respond.

Speaking to DC, a private IT company employee without revealing his identity and the company he works for said that the company has warned layoffs and resorted to pay cuts already. Several companies are just waiting for the lockdown to end on May 17 and the real effect on employees losing jobs and salary cuts will be felt, the employee said. The companies are fearing action by the government and cutting of certain sops that they have been enjoying now.

"To add to the misery already online classes have commenced for my kids. Already, the school has hinted at collecting the fee when the date of school reopening for the academic year 2020-21 is still uncertain. With pay cuts and pending EMIs how can we manage our life?” he wonders aloud.

Another techie said that paying credit card backlog is distressing as banks show no mercy to their customers. Credit card departments are levying late payment fee, GST and accrued interest too. If salary is not paid or if only a reduced amount is given, it would be difficult to manage. This is also psychologically affecting the employees, the techie said.