An invite-only event, the PUBG MOBILE All Stars 2019 event will start on the 9th of December with 16 of the top Indian teams taking part. 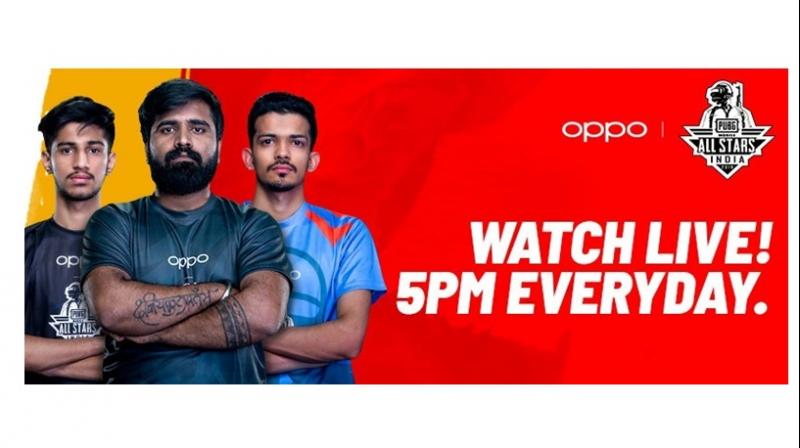 2019 has been an historic year for PUBG MOBILE esports, with esports viewership leaping ahead multiples to become not just the game of choice, but also the most watched game of choice in India. Earlier this week, PUBG MOBILE in association with OPPO announced the PUBG MOBILE All Stars Challenge India to finish off the calendar year. With 16 of the country’s best teams showcasing their extraordinary skills, this invite only exhibition will feature some of the top names in Indian esport, the likes of Fnatic, 8Bit, IND, ENTITY Gaming and Team INS. The PMAS 2019 sponsored by OPPO, is the culmination of PUBG MOBILE’s efforts to recognize the top talent in the country, and marry it with spectacular entertainment, with daily videos around clans. PMAS 2019 provides a platform for esports professionals in the country to engage with their fans whilst engaging in the spirit of competition. The tournament also represents the strength of the esports ecosystem which PUBG MOBILE set out to achieve in the beginning of the year.

Returning to the battleground are some of the country’s top players the likes of ex-SOUL members Ronak and Owais who will be representing under the Fnatic banner and leadership. Joining the battle will also be esport veterans 8BIT Revenge, with their captain Trilok who gave one of the most impressive performances during the PMIT 2019. God’s Reign who gave everyone a run for their money at the PMIS 2019 and have been a regular feature at every top tournament like PMIT, PMCO and even Campus Championship will also join the stage, they came second at PMIS 2019 and they are out for revenge. GODLIKE, led by one of India’s most renowned esports PUBGM personalities, Kronten are also ready to bring absolute carnage to the battleground. Other professional teams such as Hydra, ENTITY Gaming and INS are also part of the mix, making the All Star exhibition line-up one of the most exciting to wrap up the year!

The PUBG MOBILE All Stars 2019 event will kickstart with “Mastery Scrims” on the 9th of December and, with the Grand Finals taking place on the 21st and 22nd of December 2019 at the HICC Convention Center in Hyderabad. As a build up to the offline finale, viewers will get the chance to watch Mastery Scrims, which are online exhibition matches curated for pure entertainment. As a treat for players and viewers alike, top teams from across the world will also be part of the mastery scrims. As part of the scrims, international pros will also join the mix and add to the fun in the lobbies. All the way from Nepal, Team Nepali Ho Ni and Bangladesh giants Team Mercenaries will be joining all time India favorites Team SOUL in the scrims, increasing the excitement tenfold. To add to the unpredictability, each day there will be a special addition of a fun match in the form of “Pistol + Throwables only” or “SMG Only” mode, to add to the drama.