Force Arena on the rise

Overall Star Wars Force Arena is doing a great job in constantly adding to their game; ranging from new features to new units. 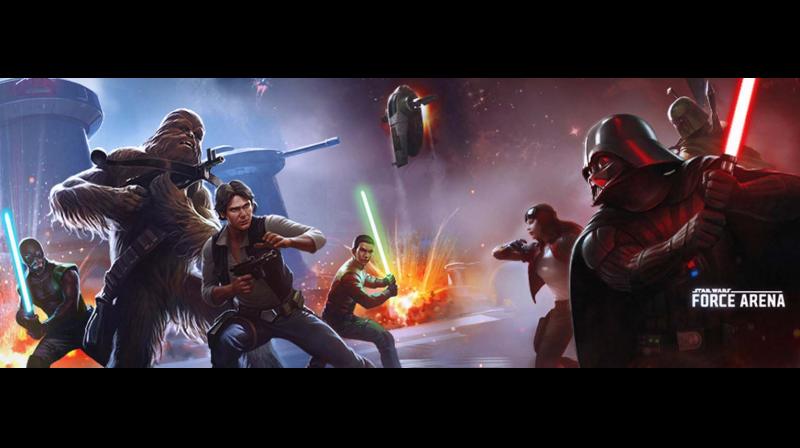 Star Wars Force Arena is doing everything right in terms of updates, player feedback and new content to keep their game as fresh as possible.

What may seem like a licensed Clash Royale clone on the surface is in fact much more and with each new update the game continues to keep players engaged. The latest update changed a few fundamental aspects of the game, marking a big shift in how everyone played. Due to the nature of Star Wars, players choose from either the Rebels or the Empire, each with their unique heroes and units. However the real game changes with a recent update is that both now have their own individual ranks. This has affected how everyone plays the game as now there is greater benefit on focussing preferred decks and their leaderboards. While you will always come up against the opposite faction in a map, it is much fairer to be compared to players with the same set of cards in the leaderboards. This also doubles the rewards, two leaderboards, two end of season rewards.

Another major shift is the change to 2v2. Arguably one of my favourite parts of the game that allows you to play matchmaking games with a random player or a guild member against two others in a triple lane map. Now, however, these are counted as friendlies and no longer affect your rank, which is a great move since high ranked players often spammed 2v2 and ploughed through lower level players. 2v2’s now give other rewards like packs and cards after certain number of wins. The guild system has also seen new functionality added with a card request and donation system to help members with collecting most basic cards with the request and donation limit being governed by your level.

Overall Star Wars Force Arena is doing a great job in constantly adding to their game; ranging from new features to new units. While there will always be balance fixes with the ever evolving meta, it hasn’t stopped the developers from regularly adding more to the game which is one of the main reasons it is constantly rising in popularity.