Plan a vacation in space

Blue Origin has unveiled a lunar lander, Blue Moon aiming to get to Moon by 2024. 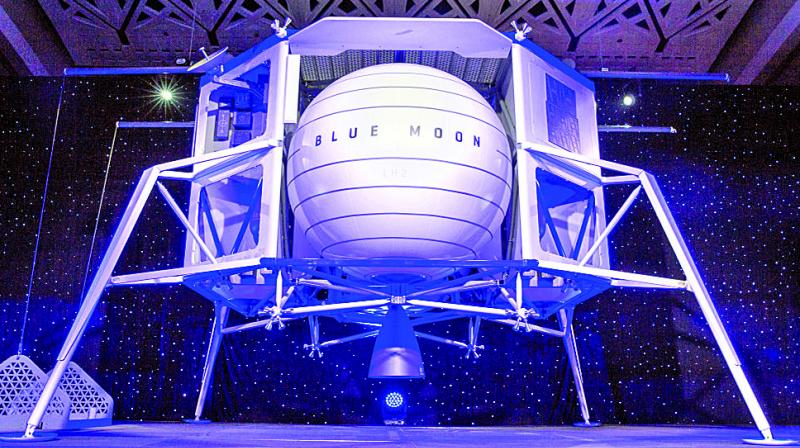 Jeff Bezos, the founder of Amazon is all set to build the road to space. Around this time, last year, the world's richest man discussed his hopes for space travel at the Space Development Conference in L.A., where she said, “In the not-too-distant future – I am talking decades, maybe 100 years it will start to be easier to do a lot of the things that we currently do on Earth in space, because we will have so much energy. We will have to leave this planet. We are going to leave it, and it's going to make this planet
better.”

The private space organisation, Blue Origin owned by Jeff had organised an intimate event for selected members of media, government officials and other executives wherein he revealed the new details of his plan to get to the Moon by 2024. Jeff took to the stage to explain his vision of answering a very simple question. Given the finite resources available to humanity, “where would a trillion humans live?” He added, “Blue Origin is going to send humans to space on New Shepard later this year and has unveiled a lunar lander, called Blue Moon, to access the resource-rich lunar surface.”

Powered by liquid hydrogen, the lander has an on-board system capable of navigating in space. It also utilises gigabit internet to communicate back to Earth using a laser. Micro-satellites can also be strapped to the top of the rover and deployed in lunar orbit. Blue Moon also features an on-board lidar system capable of mapping lunar terrain, in order to choose the right landing site. Jeff’s big unveil comes as the government is making an aggressive push to kick start a return to space travel.

This time the U.S hopes to go to the moon with new ambitions. In addition to travel, it will also enable mining oxygen from lunar rocks that will refuel the ships, to use nuclear power to extract water from the permanently shadowed craters of Moon’s South Pole,  where the temperature  never rise above –250 degrees Fahrenheit. This will in turn enable the astronauts to fly a  new generation of spacecraft that will enable us to reach Mars in months, not years.