Technology   In Other news  12 Jul 2019  Apple may be forced to pay USD 1 billion to stay on top of screen edge
Technology, In Other news

A penalty to Samsung and a bailout for Japan Display suggest insane price for securing supply. 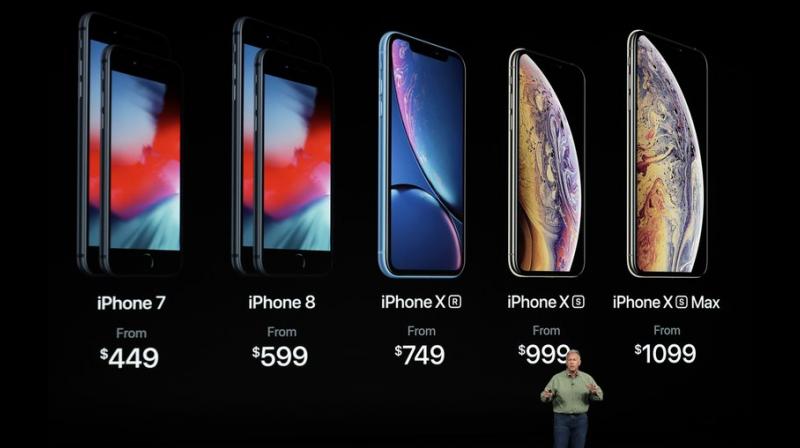 This news comes just a short week after news broke that Samsung said they made a “one-time gain related to the display business” in its initial second-quarter earnings statement. (AP Photo/Marcio Jose Sanchez, File)

Apple may have to cough up a total of over USD 1 billion to stay at the top. As per a report by Bloomberg, Japan Display, one of Apple’s key display partners said that it would receive up to USD 400 million from bailout partner Harvest Tech Investment Management Co. Nestle into its stock exchange statement was the disclosure that this funding already included a USD 100 million that was already pledged by a customer.

According to a report, Apple was said to be the customer. The report states, “Taiwan’s TPK Holding Co., another long-time iPhone component supplier, had been in talks to join a $1.1 billion rescue package for Japan Display but pulled out. That left the company needing to look elsewhere, and Apple stepped in to help fill the void.”

This news comes just a short week after news broke that Samsung said they made a “one-time gain related to the display business” in its initial second-quarter earnings statement. Apple is said to be shelling out as much as 1 trillion won to make up for procuring a substantially low amount of OLED displays as per reports by South Korea’s Electronics Times and analysts from Citigroup Global Markets.

The report goes on to state, “What’s interesting about both these cases is that neither of the payments appears to be for purchasing components directly. Rather, they are simply to prop up or compensate suppliers that Apple uses to manufacture the most advanced screens available. Samsung is among companies that preceded Apple in incorporating OLED displays in smartphones, yet the iPhone maker is the only one that buys them by the tens of millions. It relies on Samsung’s display division to make that happen. “

The report mentions that Apple most likely agreed to purchase a minimum amount and it could have fallen short due to the decreasing amount of iPhone sales. Apple desperately requires alternative resources so as to not be locked into a single supplier. This is where Japan Display and their bailout come in. The Japanese display maker stated its operating loss in March was wider than the previous period “as a result of R&D expenses for the preparation of OLED mass production.”