Technology   In Other news  12 Jul 2020  Despite competition from Chingari, Roposo, Gaana hopes to get TikTok's users
Technology, In Other news

Hotshots by Gaana gives Indian users tools to create and share short viral videos and stories like on TikTok. 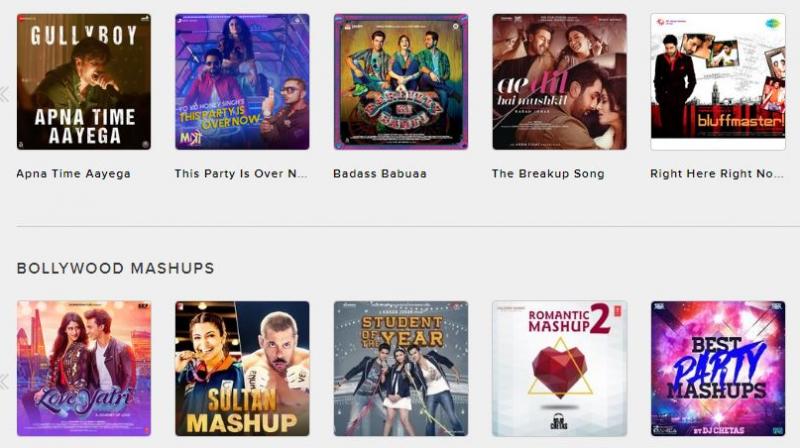 One Chinese company’s loss maybe another’s gain as Times Group’s Gaana, backed by Tencent, looks to mop up users left behind when ByteDance’s TikTok was forced to exit the Indian market. (Photo | Gaana.com)

Mumbai: Music-streaming platform Gaana says it is working on adding nearly 100 million users over the next 12 months, hoping to net users of the banned TikTok.

Gaana, backed by the Times Group and Chinese investment giant Tencent Holdings, claims to be the world's second-largest music platform with 150 million active monthly users and 45 million songs. Swedish app Spotify takes the top spot with a subscriber base of around 248 million.

“We expect a large majority of the over 100 million Tiktok users to migrate to Gaana...taking the total (number of users) to 250 million,” Gaana Chief Executive Officer Prashan Agarwal told PTI. Its user base grew 13 per cent in the lockdown period of the past three months.

Recently, Gaana started a podcast to create more traction, and last week it launched Hotshots to create content through influencers, musicians and celebrities, aping the TikTok model of short videos and stories.

Gaana's library has mostly Indian music, with 1.5 million songs in over 20 regional languages, including Punjabi pop ballads, Hindi hip-hop and tens of thousands of devotional songs, the company said.

Of its users, 50 per cent follow Hindi music, 35 per cent regional, led by Punjabi, and the rest English. More and more listeners of English music were coming from small towns and in the 15-25 age bracket, Agarwal said.

Gaana’s revenue model includes multiple subscription plans, along with advertising. Its premium service is priced at Rs 399 annually, offering unlimited songs without advertisements and in HD quality. There are several other paid plans, with the lowest starting at Rs 99 a year.

However, paid subscribers were in the low-single digits, Agarwal said, despite Gaana being cheaper than Spotify, Apple Music and YouTube Music.

Still in the investment stage, Gaana, which employs around 270 staff, expects to break even in the next three-four years.

For YouTube Music, India is one of their biggest video-viewing markets, while Apple Music has been localising its offerings here to increase their user base. However, Apple Music and Amazon Prime Music don't threaten Gaana's numbers as they have a low subscriber base despite having been available in India for years now. Spotify, on the other hand has been trying to ramp up the competition.

According to a recent report by Counterpoint, global music-streaming revenue hit the USD 24 billion-mark in 2019 but India accounted for just USD 200 million.  It is projected to double to USD 400 million by 2023, according to another report by Techsci Research.