Introducing Apple Aventura! Everything you need to know

Aventura is said to borrow its design from the airy and optimistic styling of Miami’s modern architecture. 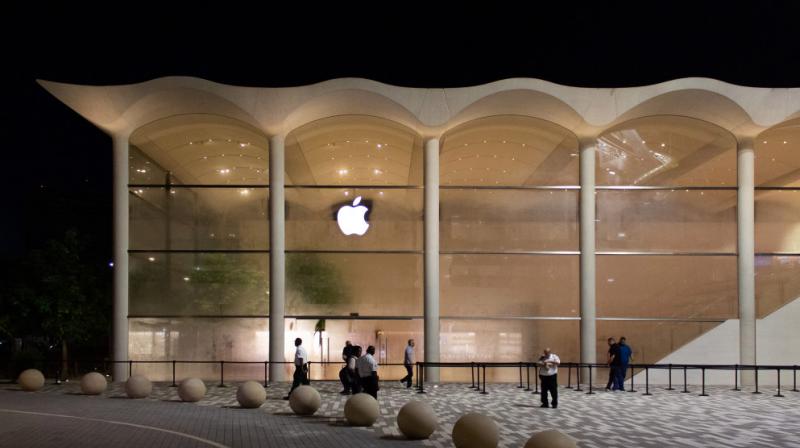 The new Apple Aventura features playful waves of white concrete that have been sculpted rhythmically to draw your sights across the skyline.

Apple has traditionally considered everything they build or manufacturer as a part of its product portfolio. This includes iPhones to iPads and Apple Watch to Apple Stores. The latter of which is one of Apple’s most prized products and located on Florida’s southern shores, customers have recently celebrated the grand opening of the Apple Aventura that’s situated just outside Miami. This new Apple Store has opened in an all-new location with an all-new design and it’s a part of a fabled tale that is without a doubt the most chilled out Apple Store in the Southeastern part of the United States.

The new Apple Aventura features playful waves of white concrete that have been sculpted rhythmically to draw your sights across the skyline which then tapers to a sharp peak at both ends. There are arched panes of glass that enclose each of the Apple Stores seven vaults thus creating a transparent barrier between the interior and exterior. This store is said to borrow heavily from Miami’s architectural design.

9to5Mac states, “Apple Aventura borrows from the airy and optimistic styling of Miami Modern architecture, a mid-century vernacular characterized by its use of cast concrete, light colour schemes, dynamic shapes, and extensive glass. The style became popular in South Florida between the 1940s and late 1960s following a rich era of Art Deco construction around Miami.” 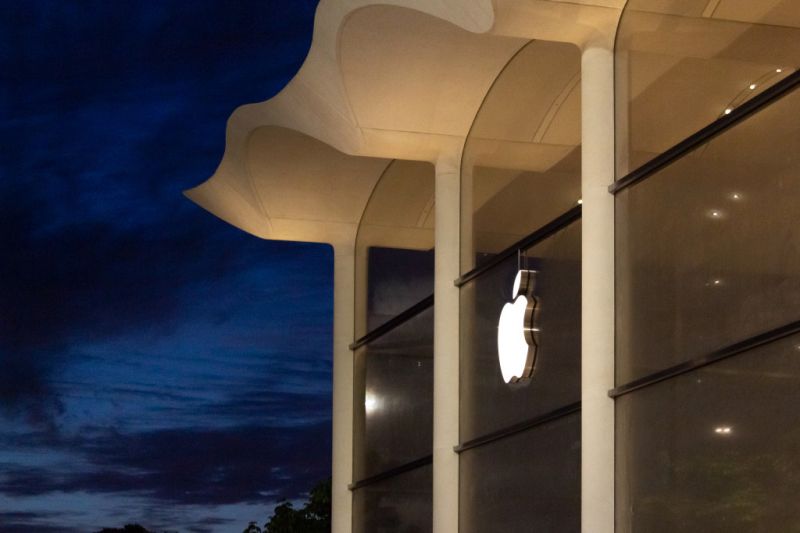 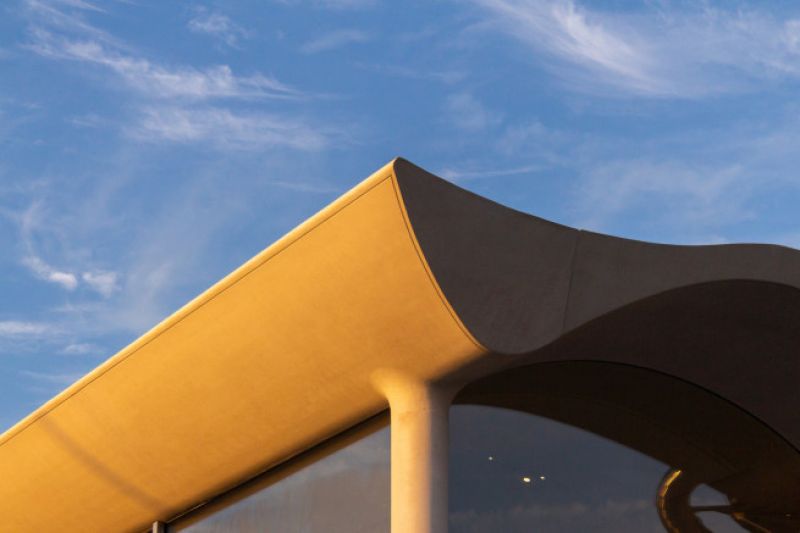 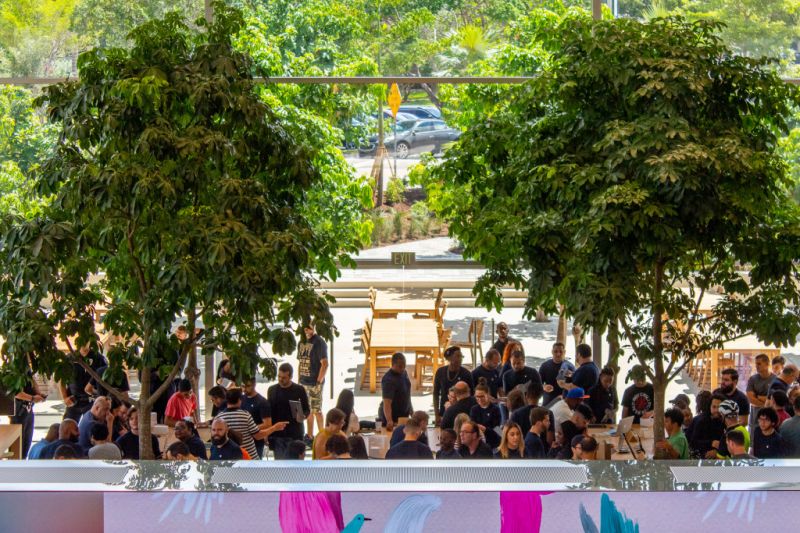 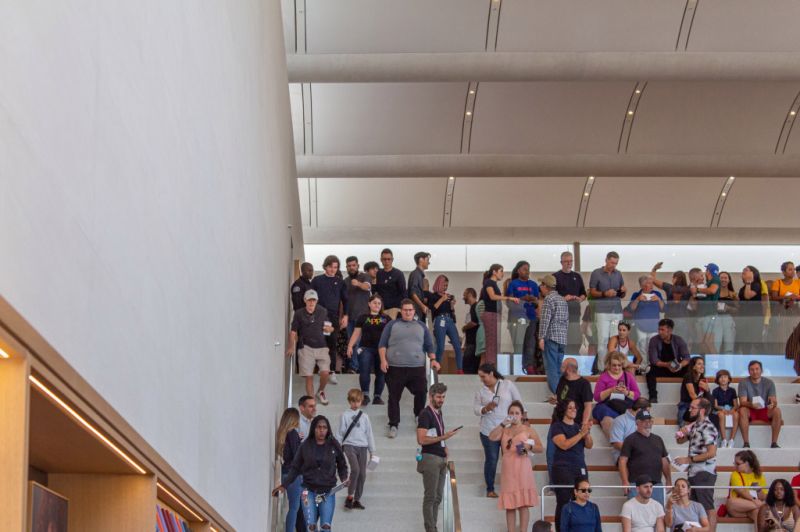 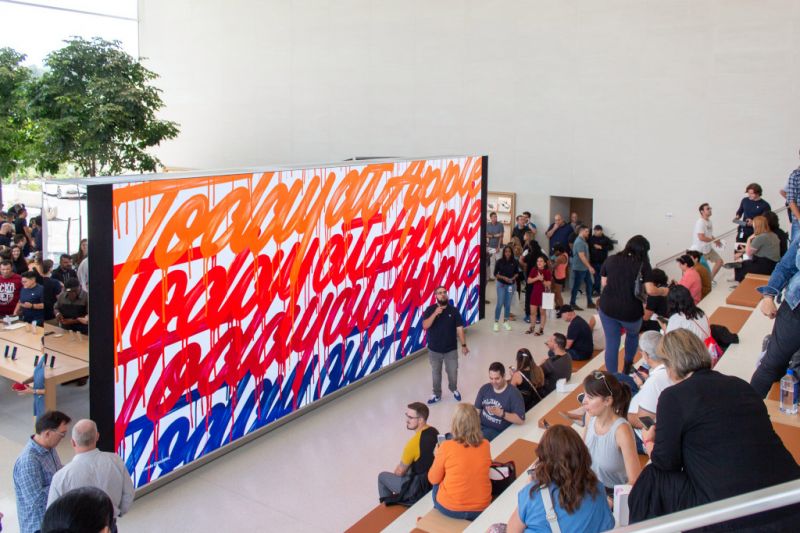 Reportedly, all of Apple’s Stores are built to respect the cultures of the city they are located in by often using locally sourced materials. Apple Aventura joins this tradition by utilizing Miami’s modern architecture with Apple’s iconic design. 9to5Mac states, “The result is a fresh take on Apple retail aesthetics that feels right at home on the coast.”

The new store is said to be impressive enough to be a standalone structure; but what makes it more exciting is that it’s a part of the Aventura Mall, which happens to be the largest mall in Florida. The store features a tree-lined garden with winding pathways that snake down to a plaza complete with tables and chairs that’s adjacent to the store’s two exterior entrances.

9to5Mac states, “The second set of doors exits to face the 93-foot Aventura Slide Tower. Functioning as both a slide and a sculpture, the landmark is just one of many public art installations scattered throughout the shopping centre. Aventura Mall’s celebration of the arts is a perfect match to Apple’s affinity for creativity.”

Apart from this, the new Apple Aventura features a large amphitheatre that slopes downwards to a freestanding video wall that’s used for hosting Today at Apple sessions.