PUBG Mobile the next big Esport?

The tournament will have following special awards for the matches at the grand finals. 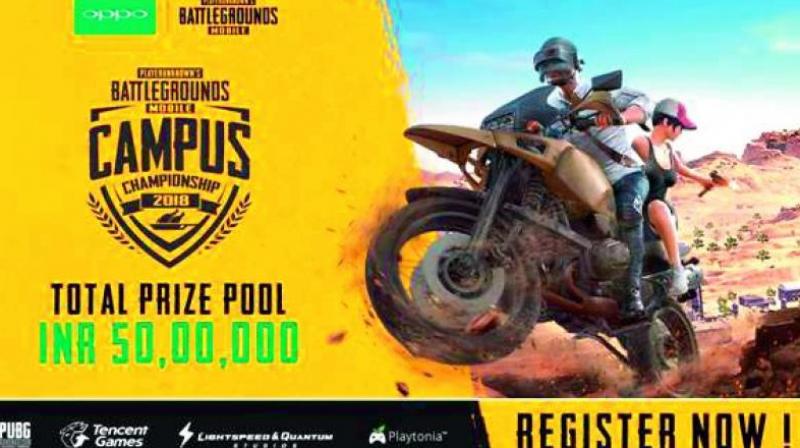 The mobile gaming phenomenon is heading to college campuses across the country with 1,000 colleges across 30+ cities participating in the event that has a mammoth prize pool of Rs 50 lakh.

PUBG is slowly taking over the Indian gaming world and Tencent is looking to get even more people playing with a brand new Esports collaboration with OPPO for PUBG Mobile in India.

Unlike PUBG PC, PUBG Mobile is a game for the masses now that almost everyone has a smartphone and thanks to PUBG Mobile Lite even more people are jumping on the hype train with every passing day.

According to Aneesh Aravind, General Manager, Tencent Games India. “The PUBG Mobile Campus Championship 2018 reflects Tencent’s and PUBG Corp’s big step towards developing a robust eSports ecosystem in India. This is the first time we are organising an eSports championship here and we are extremely excited to bring it to as many campuses of India as possible.”

Not only will the event help a lot of Indian gamers get a taste of competitive gaming, they’ve announced tons of prizes for participants beyond just the winners. I personally feel this will motivate a lot of gamers to really put in some time into PUBG Mobile and will pave the way for more serious PC esports by helping develop the entire ecosystem.

The tournament will have following special awards for the matches at the grand finals:

As it stands, PUBG Mobile has already crossed over 100 million downloads and is easily the most popular mobile game out there so it’s not surprising to see Tencent India bet big on the franchise after previous mobile fared poorly.