WWE 2K19 does a lot of things right and new additions in the game have really paid off. 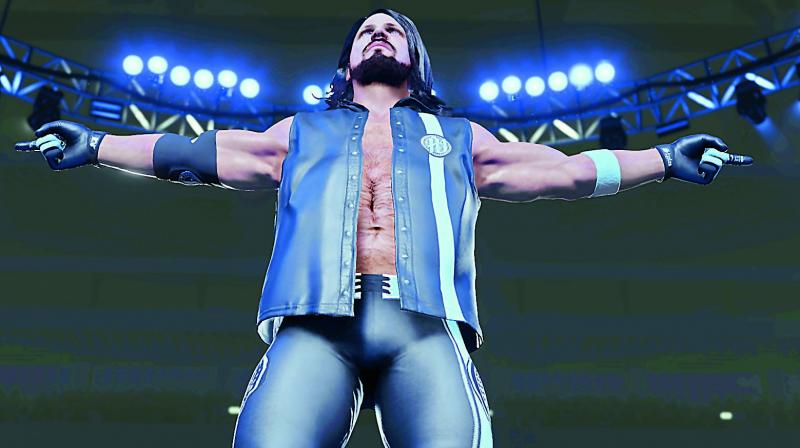 WWE 2K19 tries to bring WWE to the modern era with a host of new changes and additions that have added a lot of replay value to the games.

WWE 2K19 looks fairly similar to its previous iterations, however there have been minor tweaks that help the wrestler bodies look a little more fluid when moving. Though beyond tier 1 wrestlers it still looks a little blocky and clunky. Barring minor tweaks, I don’t think it’s possible to do more unless we are looking at an engine overhaul.

In terms of gameplay, WWE 2K19 doesn’t see a big change. In fact all of 2K’s WWE games over the past few years have played very similar which is ok if you’re a fan but you do want to see improvement, if not an overhaul. Payback and Overcharge perks do add a bit of a twist but again it’s a little limited and I would’ve loved to see something broader than just perks.

Some big changes introduced come in terms of modes with the inclusion of the Wyatt Compound being a big highlight; however it’s a tad bit disappointing with the awkward silence, missing crowd noises and thuds and thumps with impact. Hell in A Cell see a big change as well, feeling a bit more claustrophobic and trapped; it also allows you to break down almost any side of the cell wall based on damage .

WWE 2K19 really shines with its overhauled MyCareer Mode, 2K towers and 2K showcase. MyCareer takes an interesting journey and the voiced lines by WWE superstars really helps you feel like a part of the universe. Progression is a lot easier and more rewarding so for a change you feel like spending a bit more time in MyCareer.

2K towers pit you against a lineup of superstars with various match stipulations following a particular wrestlers journey of sorts. For example you can follow Rey Mysterio as he faces smaller faster opponents or go up against some of the biggest heels in the industry in another. Towers must be completed in order and upon losing a match you have to restart from the beginning, making a much more challenging experience given the different difficulties of all the towers.

2K showcase this time ends up being a very real and emotional journey as it follows Daniel Bryan from before he became the Daniel Bryan fans know and love. It’s got a lot of great video packages and the matches are fun to go through. Arguably one of the better 2K showcases we’ve had.

Overall, WWE 2K19 does a lot of things right and new additions in the game have really paid off, however, it’s high time we get a visual and engine overhaul. The clunky movement and god awful hair mechanics coupled with the plastic feel of tier 2 wrestlers really bring WWE 2K19 down despite of everything it gets right. WWE 2K19 is still a worthy buy for fans of the franchise and has enough new elements to be different and a lot more replay value than ever before.