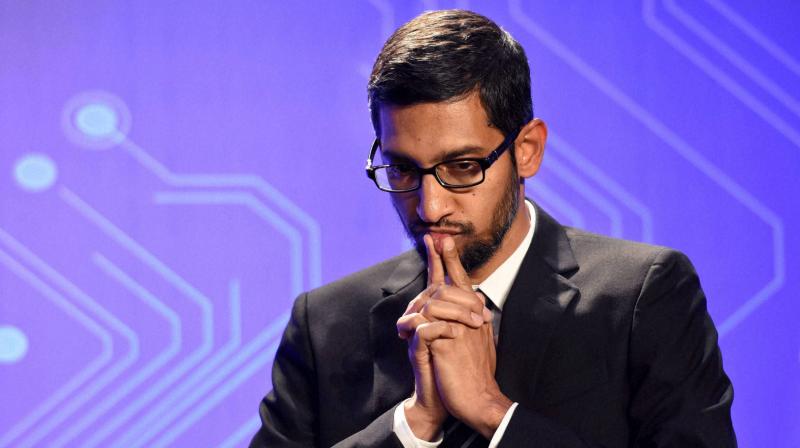 The issue of user privacy also came up over and over. Looming over the tech industry is the possibility of government regulation intended to protect people's data and a deeper look into whether gigantic companies like Google, Amazon and Facebook need to be broken up.

Google CEO Sundar Pichai — and other tech executives who may be watching — got hints Tuesday of what issues they can expect to face as Democrats take control of the House in three weeks.

While Republicans on the House Judiciary Committee grilled Pichai on what they perceive as bias against conservatives, top committee Democrat Jerrold Nadler said lawmakers should instead examine issues such as the spread of misinformation online and Russians' efforts to influence US elections online.

The issue of user privacy also came up over and over. Looming over the tech industry is the possibility of government regulation intended to protect people's data and a deeper look into whether gigantic companies like Google, Amazon and Facebook need to be broken up.

Pichai's first appearance ever before Congress comes after he angered members of a Senate panel in September by declining their invitation to testify about election manipulation. Pichai's no-show at that hearing was marked by an empty chair for Google alongside the Facebook and Twitter executives who did appear. Lawmakers declined Google's offer to send lower-level executives.

Pichai went to Washington later in September to mend fences, meeting with some two dozen Republicans and indicating he also planned to meet with Democrats. He took part in last week's White House meeting with other tech executives on getting government and businesses working more closely on accelerating emerging technologies such as artificial intelligence.

Pichai reiterated Google's position that it has no plans "right now" to re-enter China with a search engine generating censored results to comply with the demands of that country's Communist government. If that changes, Pichai promised to be "fully transparent" about the move. Pichai has said that he wants Google to be in China serving Chinese users.

The CEO also insisted that Google's search engine is not biased against any political viewpoint.

President Donald Trump has accused Google of rigging search results to suppress conservative viewpoints and highlight coverage from media that he says distribute "fake news." The company has denied any such bias, and while the question has dogged tech companies for years, there's no evidence of an anti-conservative or any other political tilt.

Nadler called the notion of bias a "delusion" and a "right-wing conspiracy theory." The New York Democrat said Tuesday's hearing was the committee's fourth to address the topic — and he suggested he'd move on to other topics as Democrats take control.

House Majority Leader Kevin McCarthy, R-Calif., kicked off the hearing by noting a "widening gap of distrust" between tech companies and the American people.

Asked for yes-or-no answers on what information the company collects, Pichai demurred and attempted to convey that things are more complicated, with varying degrees of success.

Momentum is building in Congress for legislation to put stricter limits and privacy protections around the big tech companies' collection of data.

Rep. Ted Poe, R-Texas, tried to pin down Pichai concretely on privacy. "I've got an iPhone," Poe said, waving his device. "Can Google track me when I move?" If he moved to the left toward his Democratic colleagues on the panel, would Google know?

"Not by default," Pichai answered. Poe demanded a yes or no answer, but Pichai indicated it was complicated.

Trump and some lawmakers have raised the possibility of asking regulators to investigate whether Google —which handles nearly two of every three online searches in the US— has abused its clout as a major gateway to the internet to stifle competition.

Responding to a question about Google's search dominance, Pichai pointed to Amazon's dominance in online shopping.

Pichai, a former engineer, took the helm of Google in 2015 in a major restructuring that made Google a division of conglomerate Alphabet Inc. — whose businesses include Waymo, a self-driving technology development company. Bolstering the dominance of its search engine, Google's Android operating system runs most of the world's smartphones, and its other services — including Gmail, YouTube, online ads and the Chrome web browser — are widely used.