Brand investments through those three avenues will make up 82 percent - or USD 897 million - of total revenues. 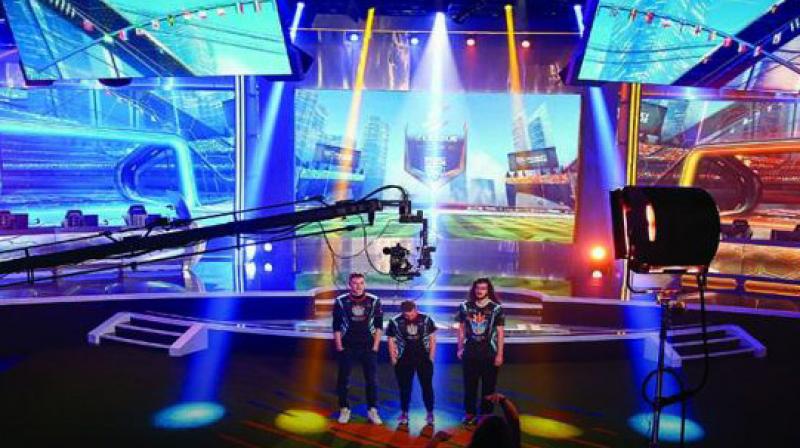 Esports has burst into the mainstream, with its own superstars and leagues, celebrity athlete owners and tournaments that sell out stadiums and award prizes worth millions of dollars. (Photo: eSports)

Global eSports revenues will hit USD 1.1 billion in 2019, up 27 per cent since last year amid ballooning revenues from advertising, sponsorship and media rights to competitive video gaming, a report said on Tuesday.

Brand investments through those three avenues will make up 82 per cent - or USD 897 million - of total revenues. In all, brand support will have nearly tripled since 2015, according to data from Newzoo, a gaming industry analytics firm.

Esports is a form of competitive video gaming with multiple players battling against each other usually in teams, often in matches that are streamed live to throngs of young fans.

Esports has burst into the mainstream, with its own superstars and leagues, celebrity athlete owners and tournaments that sell out stadiums and award prizes worth millions of dollars. League of Legends, Dota 2 and Counter-Strike: Global Offensive are some of the most popular esports.

“This is not experimental budgets. This is for the long term, and it’s good amounts of money,” he said. “It’s what the ecosystem needed and what investors wanted to see.”

North America will generate USD 409 million of esports revenues in 2019, the most of any region, Newzoo’s report found. China will generate 19 per cent and South Korea 6 per cent, with the rest of the world comprising the remaining 38 per cent.

While advertising is the bulk of revenue, merchandise and ticket sales are also expected to grow 22 per cent to nearly USD 104 million, though game publisher fees will likely drop 3 per cent to USD 95 million, the report showed.

The total audience - comprised of both enthusiasts and occasional viewers - is expected to grow 15 per cent to 454 million.

Newzoo does not include prize pools, player salaries, capital investments in esports organizations or betting in its revenue projections.