Technology   In Other news  13 Oct 2020  Nirbhay missile fails during trial
India, All India 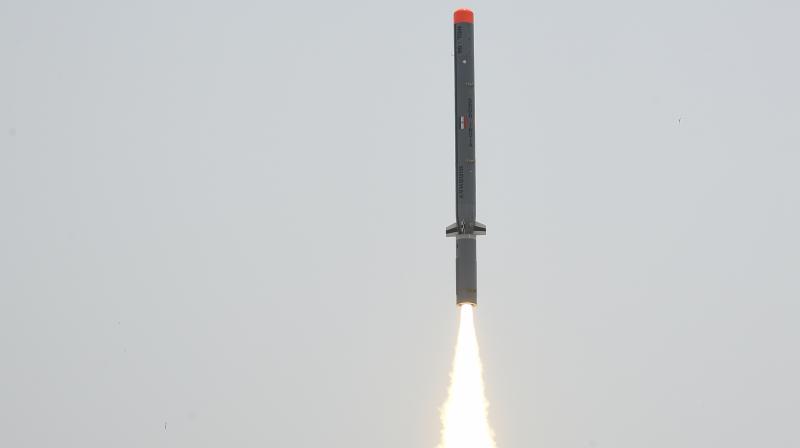 The flight test of  Nirbhay subsonic cruise missile having a strike range of around 1,000 km failed on Monday as it developed a technical snag minutes after its launch at a facility in Odisha. This will further delay induction of Nirbhay—India’s own version of America's famous Tomahawk missile—in the armed forces.

The missile was test-fired by the Defence Research and Development Organisation (DRDO) from an integrated test range in Balasore in Odisha at around 10:30 AM.

According to sources the missile developed engine issues, in its second stage, following which the trial process was aborted. The DRDO is analysing all the details.

The DRDO has already carried out several successful trials of the ''Nirbhay'' missile since October 2014. Last test of the missile was conducted by DRDO on April 15, 2019.

Nirbhay can fly at a low level to escape detection by radars and air defence systems and is highly manoeuvrable. It is capable of carrying nuclear warheads and can be deployed from multiple platforms. It has a speed less than that of sound (Mach 0.8).

India developed a supersonic cruise missile Brahmos in association with Russia whose range of under 500 kilometers.

In the last few weeks, India has test-fired a number of missiles including a new version of the surface-to-surface supersonic cruise missile BrahMos and anti-radiation missile Rudram-1.