Technology   In Other news  14 Mar 2020  US cloud computing deal with Microsoft being reconsidered over Amazon's allegations of impropriety
Technology, In Other news 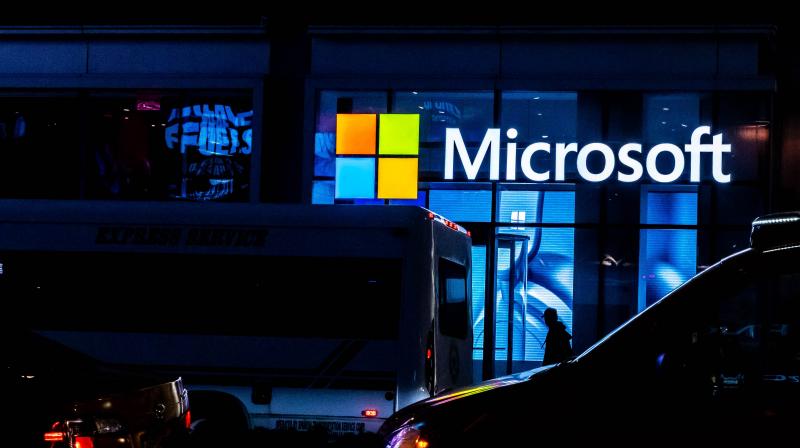 San Francisco:  The US Department of Defense said Thursday it wants to reconsider its decision to award a multibillion-dollar military cloud computing contract to Microsoft in a bidding process Amazon claims was tainted by politics.

A judge last month issued an order at Amazon’s request temporarily blocking the US military from starting work on the Joint Enterprise Defense Infrastructure contract, or JEDI.

In a filing late Thursday in a federal court, government attorneys asked for the matter to be “remanded,” or sent back, to the Pentagon “for 120 days to reconsider certain aspects of the challenged agency decision.”

Amazon argues it was shut out of the deal because of President Donald Trump’s vendetta against the company and its chief executive Jeff Bezos.

It is seeking testimony from the president and other top officials on the reasons for awarding the $10 billion, 10-year US military cloud computing contract to Microsoft.

“DoD wishes to reconsider its award decision in response to the other technical challenges presented by AWS,” the government attorneys said in the filing.

The JEDI program will ultimately see all military branches sharing information in a cloud-based system boosted by artificial intelligence.

Bezos, who also owns The Washington Post, is a frequent target of the US president, who claims the newspaper is biased against him.

Amazon was considered the lead contender to provide technology for JEDI, with AWS dominating the cloud computing arena and the company already providing classified servers for other government agencies including the CIA.

Amazon argued in court documents that the Pentagon’s choice of Microsoft was mystifying if not for Trump’s repeated “expressed determination to, in the words of the president himself, ‘screw Amazon.’”

Microsoft spokesman Frank Shaw told AFP Friday that the Redmond-based technology titan believes it fairly won the contract but that “we support their decision to reconsider a small number of factors as it is likely the fastest way to resolve all issues and quickly provide the needed modern technology to people across our armed forces.”