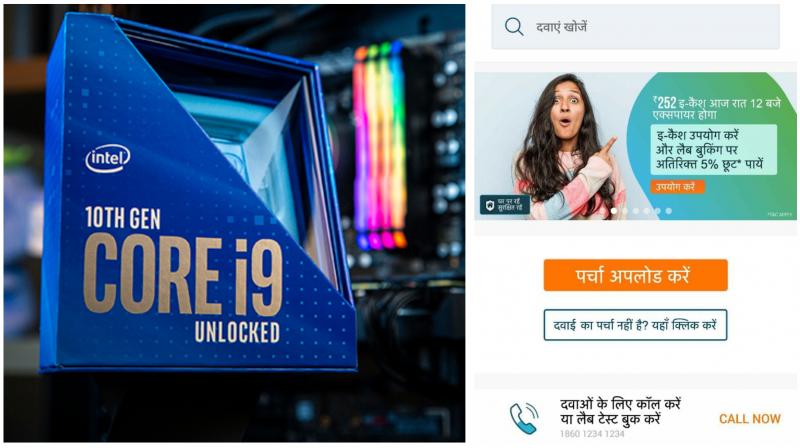 Intel's new 10 Gen core i9 processor featured on the Intel blog; a screenshot of the Hindi interface of Medlife online pharmacy app.

Meanwhile, online pharmacy Medlife is now available in Hindi and will soon be available in Tamil, Telugu, Bengali, Malayalam, Kannada, Marathi and Gujarati.

As more people depend on online pharmacies during this lockdown, Medlife has recognised the need to cater to non-English speaking customers too. The app has therefore begun to offer its interface in Hindi, the language used by 40 per cent of the people in India, while only 12 per cent can communicate in English.

The company hopes to begin integrating Tamil, Telugu, Bengali, Malayalam, Kannada, Marathi and Gujarati within the next three months.

Medlife hopes to offer 10 million new customers the option to use an online pharmacy and healthcare services by making its app available in more regional languages, especially as more consumers take to ecommerce in Tier II, Tier III cities and rural areas.