Microsoft’s next board meeting to be held in a treehouse

Microsoft has built a new modern workplace for its employees, which will help them connect to the environment and one another. 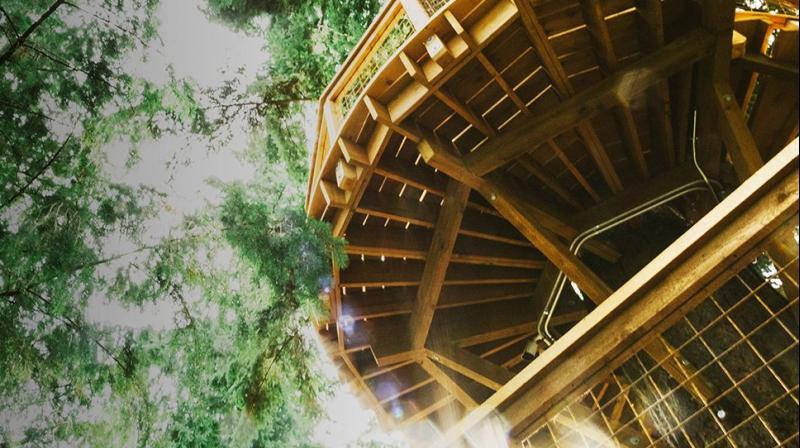 Microsoft is a company that believes in embracing the next generation of technology. However, the Redmond giant has done something that also shows the company’s concern towards sustaining the environment as well as spice up their work environment — they built a treehouse boardroom for their employees.

The new branch-based meeting spaces are sketched and fabricated by renowned builder Pete Nelson of the TV show “Treehouse Masters.” The treehouse features charred-wood walls, hatches that hide electricity sockets, rustproof rocking chairs, a fireplace, wood canopies, outdoor WiFi network and a soaring ceiling with a round skylight that lets in just a bubble of blue. Inside, there nests a simple farmhouse table with red seats. The houses are expected to last at least 20 years and are made to expand as the trees grow.

"Microsoft has something unique that most companies located within large metropolitan areas don't have: a 500-acre campus nestled in the woods, with green space and wildlife galore," the company stated on its blog. According to the company, the professional benefits of working in a natural environment are greater creativity, focus and happiness. The new treehouses are “part of a new large system of technology-enabled outdoor districts connected to buildings around the campus, which will empower employees to work in new ways,” the company quipped.

The new workplace doesn’t have any AV system and calibrated climate control. Of the three houses, only two are accessible and open to all employees. The third, which is a shelter lounge space, will be ready later this year.