What Final Fantasy XV lacks in storyline, it makes up in gameplay and an epic ending. 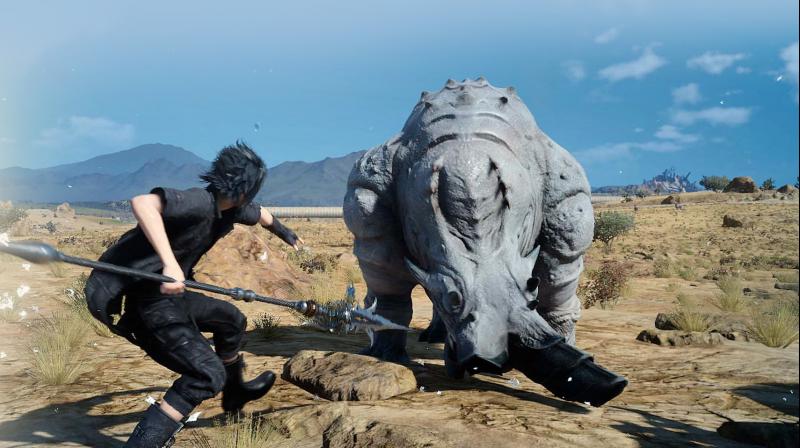 From phasing, to combos and special moves from your party members, FFXV’s combat will always keep things fresh and you on your toes.

As a franchise Final Fantasy is nothing short of Iconic, but that hasn’t always translated into all of their games. Thank-fully enough Final Fantasy XV (FFXV) comes as a pleasant surprise with an immensely enjoyable experience; it’d definitely not a ‘Game Of The Year’ contender, but a great game nonetheless.

While the story usually takes centre stage for most RPG’s, one of FFXV’s few missteps is its story. The ending may be epic, but the journey there, random jumps and the linear nature of the latter part of the game doesn’t feel all that great.

Thankfully, there’s great gameplay and dungeons to carry the game through. The journey and the combat are quite enjoyable. From phasing, to combos and special moves from your party members, FFXV’s combat will always keep things fresh and you on your toes.

It may seem simple from the outside, but once you really get into the game you realise the degree of planning required for each encounter.

Your party of four is the core of your FFXV experience, as the prince Noctis and his friends venture across the world. The characters have their own personalities, and of course combat styles. Each of your friends, Prompto, Gladiolus and Ignis can equip a special technique and type of weapon for combat, while they also have different tasks such as cooking, survival and photography.

The character development and levelling system in the game revolves around ability points that you accumulate after quests and combat, that you bank when at a camp. These can be spent on various nodes like Magic, recovery, teamwork, combat, etc. to cater to your own style of play.

The world of FFXV is quite large and if you’re interested there’s always a new place to explore and tons of side quests. A lot of the side quests unfortunately come down to fetch quests. Lucky for us the dungeon system in the game is quite good. While the main story has its fair share of action packed dungeon runs and set pieces, the end game content is where the game really shines. Large monsters, new dungeons in varied locations hiding legendary weapons as sweet rewards are everything a good RPG should have and FFXV definitely delivers. Final Fantasy XV is a brilliant addition to the franchise, and it’s a great RPG for anyone interested.