Toontastic, Google’s storytelling app has just got better in a 3D avatar. 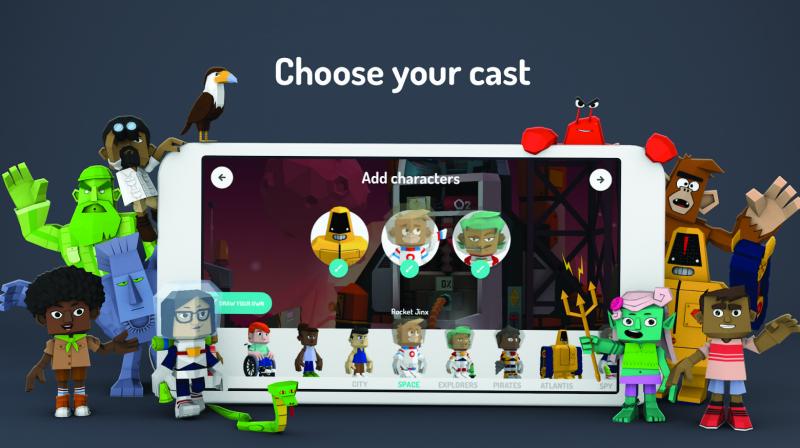 The free-to-download 3D app is accessible on phones, tablets and select Chromebooks on Google Play Store and iOS App Store.

Curb that urge to shout even if your kid has been sitting with a Google app for long. Who knows, the child could be taking those baby steps towards becoming a filmmaker, teacher, designer or cartoonist?

Cartoons have just got better with Google. The news from the tech house surely has something to cheer its little audience. The storytelling app Toontastic has gone 3D in an all new avatar.

With the app upgrade, kids can create their own cartoons. There’s a set of built-in characters using which they can create animations. Choose from swashbuckling pirates, transforming robots, nefarious villains and much more. There are 3D tools for your aid and to make characters by yourself. “We’re unveiling our latest project for kids — one that will give voice to their imaginations and transform their devices into playful and powerful tools for learning creative skills. It’s called Toontastic 3D,” says Google.

For kids, it could be dream come true. They are open to “draw, narrate their own adventures, news stories, school reports, and anything else they may dream up.” The story telling is that easy-breezy that they just need to move characters around on the screen and add their voice. All gets stored into the device and voila! The video is ready.

According to Mashable, Google’s plans for the audience of 12 and below were brought to focus way back in 2014. They cite YouTube Kids as one example. “The company has also launched several family-oriented experiences with increased parental controls. Google acquired kids app-maker Launchpad Toys in early 2015 as part of its effort to push into kids technology. After the acquisition, Launchpad made its apps free for everyone. And Google previously launched Telestory, an augmented reality video camera for kids to record their own TV shows. Both apps are widely praised by parents and educators,” writes Mashable.

The free-to-download 3D app is accessible on phones, tablets and select Chromebooks on Google Play Store and iOS App Store.