The start-ups will receive Rs 1 million as seed funding in exchange for two per cent equity and six months of mentorship from IIIT. 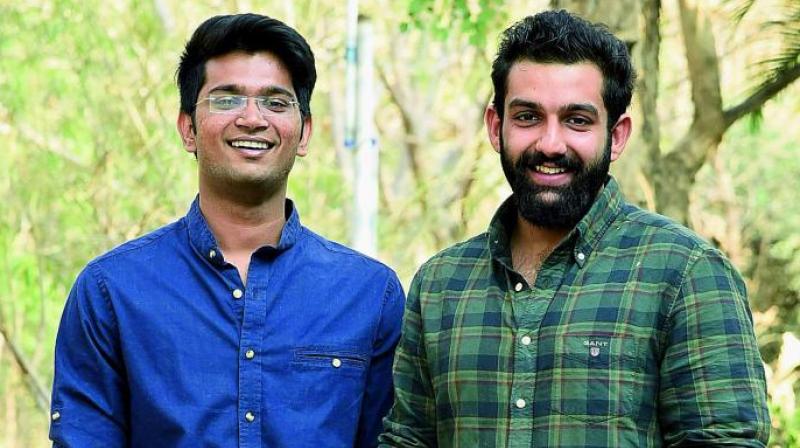 As part of the IIIT Hyderabad Foundation’s Avishkar programme, three start-ups from the city were selected for their unique approach towards technology. The start-ups will receive Rs 1 million (US$15,000) as seed funding in exchange for two per cent equity and six months of mentorship from IIIT.

DreamVu, a brainchild of Rajat Aggarwal, an MS in computer science, working as a teaching assistant at IIIT Hyderabad and Rohan Bhatial, an IIIT-H student is looking forward to revolutionise the entire viewing experience. Rajat hails from Ludhiana and Rohan is from Jammu, but they came together as a team when they met at IIIT-H. “We are working towards making a compact user friendly Virtual Reality (VR) headset. It’s a mirror like thing placed in front of a camera, which enables you to capture a 360 degree view. One can live stream the images as well. Our device can also help in security surveillance and virtual telephonic communications,” shares Rohan. Elaborating on the project, Rajat says, “I had been working on it for around two years as a part of my thesis. The making of DreamVu along with Rohan fell into place slowly, but it is going great. We have patented the product as well. We are looking forward to solve many more challenging research problems as we plan to change the VR landscape.” Rohan adds, “After we are done with our studies here, we may move out of the city, as I feel there will be much better prospects to take DreamVu to greater heights.”

Sunil Kumar Maddikatla, born and brought up in the city and a research scholar at IIIT-H, is the brain behind another winning start-up from the city — Blue Semiconductors, which focuses on creating low-cost, low-power compact temperature sensor chips. Describing his initial days, he says, “I began as a research scholar in 2015 and through my study, soon realised that IoT (Internet of Things), wearable and biomedical applications are going to be the future of India. I identified that the sensor and the battery play a vital role in the performance of a device. And both these vital parts are temperature sensitive.” He adds, “Our vision is to build Integrated Chips for electronic devices that consume low area, low power, low cost with highest accuracy. Our initial target market is wearable technology and IoT. Our device helps to keep the temperature in check and also displays the accurate temperature. The device will work in extreme conditions like -550 celsius to 1250 celsius, making it more suitable for the biomedical world.” At present, Sunil has applied for patenting the device and is in talks with a few US-based companies.

Another winner from the city is Authbase, a cyber security start-up by Umesh Thota that provides security frameworks for developers to test their applications. “Our product enables monitoring for vulnerabilities in applications on web and mobile and uses machine learning to identify and diminish bots and hacks in real time,” explains Umesh. He and his team are a part of T-Hub, where their journey started at the TiE-Mentorship program a few years back. Umesh pitched his cyber security idea and became a part of T-Hub, incubated by NASSCOM. “The idea of cyber security hit me when I saw start-ups by my friends facing bug issues in their initial stages. I helped them detect bugs and later too, many other start-ups came to me to do a bug check,” he says.

According to Umesh, most start-ups are building their applications in a very vulnerable way. He says, “People are very enthusiastic about rolling out their businesses and are not giving proper time and care to build the UI with all security checks in place. Even larger enterprises face similar issues.” When asked about his future plans, he shares, “Being a second generation entrepreneur, business comes easily to me and Authbase happened to me at the right time. At present, we have two products in place with which we have been giving a demo to our clients in the US.”