The investigation follows complaints from Spotify and an e-book distributor on the impact of App Store’s rules on the competition. 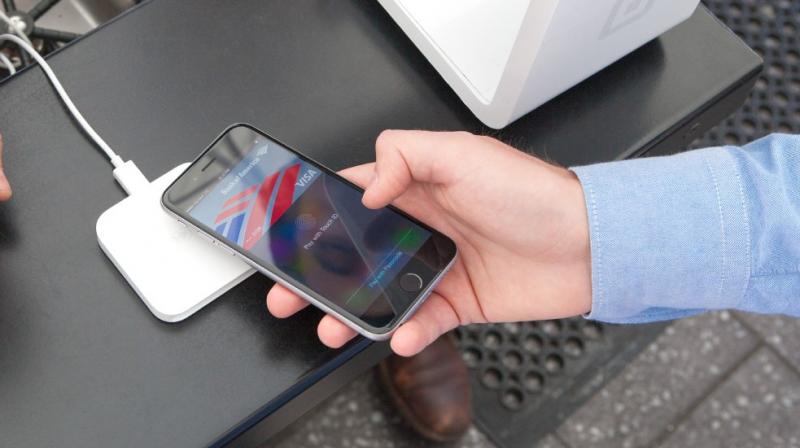 It also appears that Apple set conditions on how Apple Pay should be used in merchants’ apps and websites. (Photo | Wikimedia Commons)

Brussels: The EU’s powerful competition authority opened a series of cases against Apple on Tuesday, in a sign that Brussels was not backing down in its efforts to rein in US-based tech giants.

The cases put Apple back into the crosshairs four years after Brussels ordered the California-based giant to repay 13 billion euros ($14.7 billion at current rates) in back taxes on antitrust concerns.

The claims—which Apple angrily rejects—land as Brussels is preparing historic changes to EU law that would beef up Europe’s ability to limit the size and power of so-called digital “gate-keepers” that also include Amazon, Google and Facebook.

In the EU’s first case, the European Commission followed a complaint brought by Sweden-based Spotify and others that accused Apple of making unfair use of its app store to promote its own Apple Music.

The commission also launched an in depth investigation into Apple Pay based on concerns that the fast-growing and easy-to-use payment system is shutting out rivals.

Spotify filed a formal complaint in 2019 that took issue with restrictions by Apple on apps that don’t use its payment system on its App Store.

Apple takes a 30 percent cut from businesses using its store, which Spotify says amounts to a violation of fair competition rules.

“It appears that Apple obtained a ‘gatekeeper’ role when it comes to the distribution of apps and content to users of Apple’s popular devices,” said EU Executive Vice President Margrethe Vestager in a statement.

“We need to ensure that Apple’s rules do not distort competition in markets where Apple is competing with other app developers, for example with its music streaming service Apple Music or with Apple Books.”

The European Union’s in-depth investigations do not necessarily mean a fault has been found, and there is no deadline for the commission to complete its case.

But the commission said it would pursue the case “as a matter of priority” amid complaints that the EU moves too slowly in clamping down on the fast-changing tech business.

“We welcome the European Commission’s decision to formally investigate Apple, and hope they’ll act with urgency to ensure fair competition on the iOS platform for all participants in the digital economy,” it added.

Vestager also opened a full-scale probe into Apple Pay where authorities are worried that the company could take a commanding lead in a booming business.

Launched in 2014, Apple Pay allows iPhone users to make payments at retailers by touching their devices to the same terminals currently used for credit and debit cards.

But any company wanting to use the technology on an iPhone—whether a bank or the London metro system—must pass through Apple Pay for a fee.

Apple rejected the legality of the cases and hit out at its rivals.

“It’s disappointing the European Commission is advancing baseless complaints from a handful of companies who simply want a free ride, and don’t want to play by the same rules as everyone else,” Apple said.

“We don’t think that’s right—we want to maintain a level playing field where anyone with determination and a great idea can succeed,” the company added.