Netflix has said it expects to have added 6.2 million new subscribers in the June quarter. 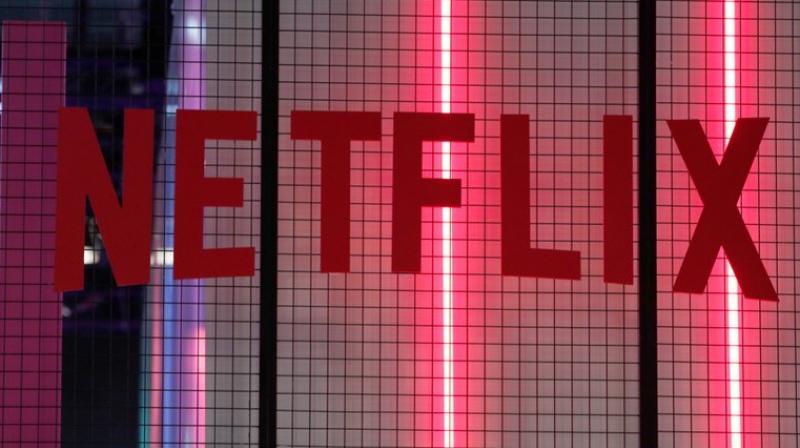 Netflix has posted an average gain of about 7 per cent the day after each of its previous four quarterly reports. (Photo: AP)

The FANGs have gotten their bite back, and they are helping Wall Street erase the wrenching correction that beset it in February.

Facebook, Amazon.com, Netflix and Google’s parent Alphabet have led the technology and consumer discretionary sectors back to record high levels in recent days. Whether they can haul the wider market over that threshold likely hinges on the rush of quarterly scorecards due soon from the four of them, starting with Netflix late on Monday.

A star performer in the quartet of the so-called FANG stocks that have fueled the market’s gains in recent years, Netflix has surged 106.2 per cent year-to-date, leading the S&P 500 and making it one of Wall Street’s most closely-watched stocks.

Outsized gains this month from a range of tech stocks, the FANGs included, have brought the S&P 500 to within striking distance of its Jan. 26 record high close.

Also fueling gains, Microsoft’s stock market value on Thursday exceeded $800 billion for the first time, below only Apple, Amazon and Alphabet on the US stock market.

“Tech is going to inherit the earth,” Golub said. “They’re actually delivering much more than everyone else.”

Netflix has posted an average gain of about 7 per cent the day after each of its previous four quarterly reports.

Wall Street’s recovery has been uneven. Six of the S&P’s 11 sectors remain in negative territory for the year, while the S&P 500 is up 4.8 per cent, just 2.5 per cent short of its January high.

The S&P 500 tech index, which led last year with a 37-per cent rise, is up more than 15 per cent so far this year. The consumer discretionary index, which includes Amazon and Netflix, is up about 14 per cent, and sits at No. 2.

Even as US President Donald Trump escalates a trade war with China that could hurt US consumers and companies, investors have remained largely optimistic about stocks, pointing to corporate tax cuts that are boosting profits and share buybacks.

S&P 500 companies are expected to post 20.9 percent earnings per share growth for the second quarter, according to Thomson Reuters data. Technology earnings are seen rising 25.5 per cent, while consumer discretionary profits are seen up 16.1 per cent, helped by Amazon.com and Netflix.

Stock valuations are more reasonable now than back in January, with the S&P 500 price-to-earnings multiple at 16, roughly its five-year average. It was above 18 in January when stocks began tumbling.

The FANGs are far pricier than the wider market, however, with Netflix at 111 times expected earnings, Amazon at 106, Alphabet at 25 and Facebook at 24, which places even greater focus on their earnings and forecasts in the weeks ahead.

“These companies would be revalued if, for whatever reason, their earnings or revenue growth really began to wane. But right now, it’s not the case,” said Rick Meckler, a partner at Cherry Lane Investments, a family investment office in New Vernon, New Jersey.

“They have the kind of top-line growth that is the envy of the rest of the companies in the S&P 500.”

Fueled by massive spending on shows like “Altered Carbon” and “O Mecanismo”, Netflix has said it expects to have added 6.2 million new subscribers in the June quarter.

Los Gatos, California-based Netflix is expected, on average, to report a 41 percent jump in revenue to $3.94 billion and earnings of 79 cents per share, up from 15 cents per share a year before, according to Thomson Reuters data.

“NFLX may well be the best global, secular growth story in tech, and we believe investors would likely take advantage of any earnings-related weakness,” JPMorgan analyst Doug Anmuth wrote in a recent client note.