Available on a section called ‘Videos’on your apps, there are approximately 18 shows and 2,000+ episodes which it plans to roll out. 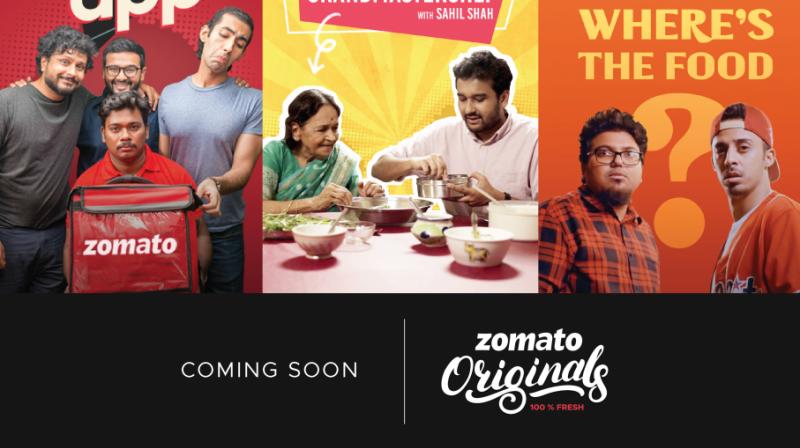 While currently many of the shows seem to be in food or delivery related categories, Zomato promises to have more entertaining and engaging comedy, reality, fiction, advice content and celebrity interviews (Photo: Zomato's Blog)

Food ordering service Zomato may no longer be known for just that. In a move which many speculate shall either be a hit or a complete miss it has announced that it would now be hosting shows on its platform.

Launching today shall be 3 to 15 minutes of food or delivery-related episodes. Available on a section called ‘Videos’ on your apps, there are 18 shows which it shall be launching over the next three months it said in a statement on its blog.

“The Zomato video experience will launch with 2,000+ videos that include Zomato Originals, which will be available to stream in India, while Sneak Peek and recipe videos can be accessed anywhere in the world,” said Durga Raghunath, its Senior Vice-president of Growth. 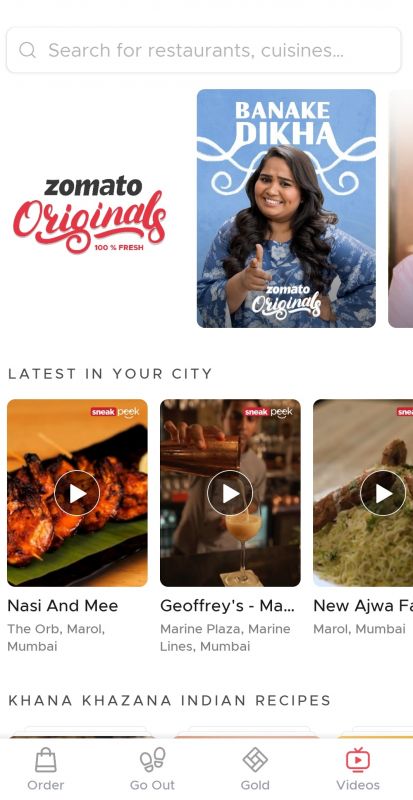 Zomato promises to include more entertaining and engaging comedy, reality, fiction, advice content and celebrity interviews in the coming days. It also said that all of its videos will be shot in vertical mode for easier mobile viewing experience.

As per our usage, the update comes with 14.1.0 version of the company’s android application while on iOS the update is on version 14.0.08. Details about release for other operating systems have been asked about, and this article shall be updated once there is a response.

Meanwhile, if you are an Android user here are some of the shows the company has put up, on their application-

Food and You with Sanjeev Kapoor – You know him as India’s best-known Chef. Now get to know him as a food expert with an under 3-minute daily show that breaks myths and changes the way you think about food and your body.

Banake Dikha with Sumukhi Suresh – One of India’s best known stand-up comics and food nutritionists, Sumukhi is laugh-out-loud funny as she teaches you how to get the basics right.

Grandmaster Chef with Sahil Shah – Comic Sahil Shah has had a brainwave. He wants to learn age-old recipes from his own grandmother and everyone else’s in town.

Dude, where’s the food with Jordindian – There is lazy and then there is ‘Jordindian Lazy’. You’ll never need an excuse to order-in again.

Race Against the App – Neville Shah, Aadar Malik and Kautuk Srivastava are racing against an order, trying to beat the clock to win. Watch who wins in this gut-splittingly funny segment.

Update: While a previous version of this story said Zomato was foraying into the OTT space, the company has reached out to Deccan Chronicle and denied this.  Elaborating, Durga Raghunath (SVP, Zomato) said, "We are not looking to compete with the OTT players, we are a food app obsessed with everything food - from restaurant listings to the quality of ingredients. Making videos focused on all food perspectives seemed like a natural progression in our multi-tiered engagement with users."