The following is how various social media platforms have decided to handle false or misleading claims in political ads. 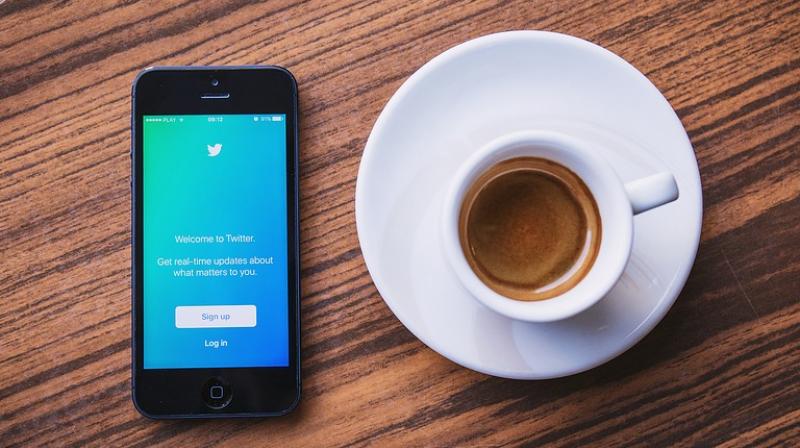 Twitter Inc has banned political ads. On Friday it said this will include ads that reference a political candidate, party, election or legislation, among other limits.

Online platforms including Facebook and Alphabet Inc’s Google face growing pressure to stop carrying political ads that contain false or misleading claims ahead of the US presidential election.

In the United States, the Communications Act prevents broadcast stations from rejecting or censoring ads from candidates for federal office once they have accepted advertising for that political race, although this does not apply to cable networks like CNN, or to social media sites, where leading presidential candidates are spending millions to target voters in the run-up to the November 2020 election.

The following is how social media platforms have decided to handle false or misleading claims in political ads:

Facebook exempts politicians from its third-party fact-checking program, allowing them to run ads with false claims.

The policy has been attacked by regulators and lawmakers who say it could spread misinformation and cause voter suppression. Critics including Democratic presidential candidate Elizabeth Warren have also run intentionally false Facebook ads to highlight the issue.

Facebook’s chief executive Mark Zuckerberg has defended the company’s stance, arguing that it does not want to stifle political speech, but he also said the company was considering ways to refine the policy.

Twitter Inc has banned political ads. On Friday it said this will include ads that reference a political candidate, party, election or legislation, among other limits.

The company also said it will not allow ads that advocate for a specific outcome on political or social causes.

“We believe political message reach should be earned, not bought,” said Twitter CEO Jack Dorsey in a statement last month.

Officials from the Trump campaign, which is out-spending its Democratic rivals on Facebook and Google ads, called the ban “dumb” but also said it would have little effect on the president’s strategy.

“Twitter from an advertising perspective is not a player at all. Facebook and Google are the giants in political ads,” said Steve Passwaiter, vice president of the Campaign Media Analysis Group at Kantar Media.

Google and its video-streaming service YouTube prohibit certain kinds of misrepresentation in ads, such as misinformation about public voting procedures or incorrect claims that a public figure has died.

However, Google does not have a wholesale ban on politicians running false or misleading ads.

In October, when former Vice President Joe Biden’s campaign asked the company to take down a Trump campaign ad that it said contained false claims, a Google spokeswoman told Reuters it did not violate the site’s policies.

YouTube has started adding links and information from Wikipedia to give users more information around sensitive content such as conspiracy theory videos, but a spokeswoman said this program does not relate to ads.

Snap Inc allows political advertising unless the ads are misleading, deceptive or violate the terms of service on its disappearing message app Snapchat.

The company, which recently joined Facebook, Twitter and Google in launching a public database of its political ads, defines political ads as including election-related, advocacy and issue ads.

Snap does not ban "attack" ads in general, but its policy does prohibit attacks relating to a candidate's personal life.

The Chinese-owned video app popular with US teenagers does not permit political advertising on the platform.

In an October blog post TikTok said that the company wants to make sure the platform continues to feel "light-hearted and irreverent."

“The nature of paid political ads is not something we believe fits the TikTok platform experience,” wrote Blake Chandlee, TikTok’s vice president of global business solutions.

The app, which is owned by Beijing-based tech giant ByteDance, has recently come under scrutiny from US lawmakers over concerns the company may be censoring politically sensitive content, and raising questions about how it stores personal data.

Social network Reddit allows ads related to political issues and it allows ads from political candidates at the federal level, but not for state or local elections.

It also does not allow ads about political issues, elections or candidates outside of the United States.

The company says all political ads must abide by its policies that forbid "deceptive, untrue or misleading advertising" and that prohibit "content that depicts intolerant or overly contentious political or cultural topics or views."

LinkedIn, which is owned by Microsoft Corp, banned political ads last year. It defines political ads as including "ads advocating for or against a particular candidate or ballot proposition or otherwise intended to influence an election outcome."

Search engine Bing, which is also owned by Microsoft, does not allow ads with political or election-related content.

This includes advertising for political candidates, political action committees (PACs), legislation, or political issues with the intent to influence an election, according to the site's ads policy.

“We want to create a positive, welcoming environment for our Pinners and political campaign ads are divisive by nature,” said Pinterest spokeswoman Jamie Favazza, who told Reuters the decision was also part of the company’s strategy to address misinformation.

A spokeswoman for Twitch told Reuters the live-streaming gaming network does not allow political advertising.

The site does not strictly ban all issue-based advertising but the company considers whether an ad could be seen as “political” when it is reviewed, the spokeswoman said.

Twitch, which is owned by Amazon.com Inc, is primarily a video gaming platform but also has channels focused on sports, music and politics. In recent months, political candidates such as US President Donald Trump and Senator Bernie Sanders have joined the platform ahead of the 2020 election.