Technology   In Other news  16 Nov 2019  Twitter tightens bans on political ads and causes ahead of 2020 US election
Technology, In Other news

The move takes effect from the 22nd of November and will now even only allow discussions on social causes that advocate only for awareness. 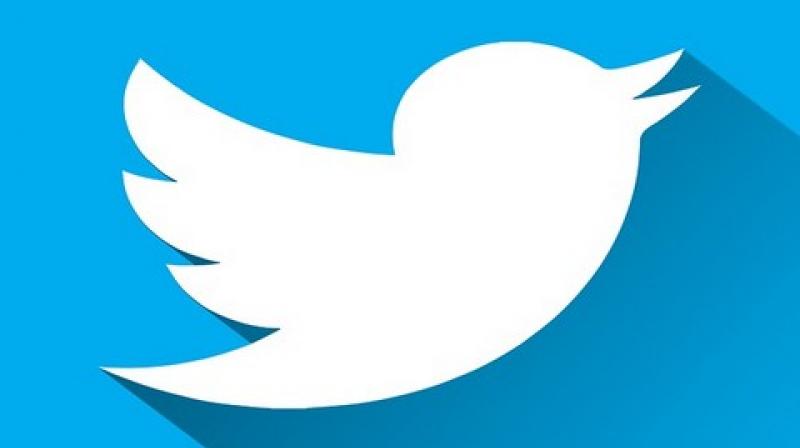 Twitter said it sought to make its new rules as clear as possible. (Photo: ANI)

Twitter Inc on Friday said its political advertising ban will include references to political candidates or legislation, and it will not allow ads that advocate for a certain outcome on social and political causes.

The popular social media site, which first announced its political ads ban last month, had not previously provided details on the new policy. On Friday, it said it will define political content as anything that references “a candidate, political party, elected or appointed government official, election, referendum, ballot measure, legislation, regulation, directive, or judicial outcome.”

Twitter said it will use a combination of automated technology and human teams to enforce the new ad policies.

The move comes as campaigns for the November 2020 presidential election heat up amid growing pressure on social media companies to stop accepting ads that spread false information and could sway elections.

“We believe political message reach should be earned, not bought,” Twitter Chief Executive Jack Dorsey said in announcing the ban.

Rival Facebook Inc, saying it did not want to stifle political speech, has refused calls from some politicians and others to follow Twitter’s lead, and said it would not vet political ads for misleading claims on its site.

The ban is expected to take effect on Nov. 22

Brad Parscale, campaign manager for US President Donald Trump’s re-election bid, in a statement called the move, “yet another attempt to silence conservatives, since Twitter knows President Trump has the most sophisticated online program ever known.”

Bill Russo, deputy communications director for former Vice President Joe Biden’s presidential campaign, said in a statement that he appreciates Twitter will not allow “disproven smears” to appear in ads, but said social media companies had more work to do to ensure their sites are not rife with disinformation.

“We look forward to seeing how the policy works in practice and intend to hold Twitter to its word,” he said.

Twitter will allow companies and advocacy groups to run ads that promote awareness and discussion about social causes, such as environmental protection. But they will not be allowed to push for a political or legislative change, especially if they are advocating for something that benefits their business, Del Harvey, vice president of trust and safety, said in a conference call on Friday.

Under the new policy for example, Sierra Club could still promote their causes, but they would not be able to single out politicians they support or target those they would like to see defeated in elections, or lobby for political outcomes.

Similarly, a group could run a gun violence awareness ad but could not call for a ban on assault weapons used in mass shootings as a ban implies legislation, Twitter said.

Ads intended to promote awareness about a cause would be allowed to target users at the state level or higher, but not by zip-code. And those advertisers will not be able to target people based on their political leanings, Twitter said.

Roy Temple, a partner at digital media consultancy GPS Impact who has worked with political campaigns, called the move “a gigantic cop-out” by Twitter’s CEO that does not involve the loss of much revenue, and he questioned the difficulty of implementing the complicated policy.

“I wouldn’t want to be the Twitter employee who has to make these calls and defend them,” Temple said. “Universal healthcare is a cause, but is there a bill related to that? Are you talking about the bill or the cause? How is that determined?”

Harvey said on Friday the new policies were not expected to change Twitter’s fourth-quarter revenue forecast. Political ad spend for the 2018 US midterm elections on Twitter was less than USD3 million, the company reported.

Critics have said the ban would punish lesser-known candidates taking on well-funded incumbents in local elections.

If Facebook and Google - much larger players in digital advertising - were to adopt similar policies it would be “catastrophic” to down-ballot candidates who lack name recognition, said Eric Wilson, a political strategist based in Washington D.C.

“If Facebook considers eliminating things like microtargeting, that’s when we would panic,” Wilson said. He said the platform has been the best vehicle for raising grassroots support, and a similar ban could hurt candidates that do not accept large donations from corporations and political action committees (PACs).

Twitter said it sought to make its new rules as clear as possible. But other major tech companies, including Facebook and Alphabet Inc’s Google, have had widely publicized struggles to moderate the vast amount of content uploaded to their sites.

News publishers that meet certain criteria will continue to be able to run ads on Twitter that reference political content, but they cannot advocate for or against a political topic.