Technology   In Other news  16 Dec 2016  Is WhatsApp preparing for a new app for businesses?
Newsmakers

Is WhatsApp preparing for a new app for businesses?

WhatsApp could using the new features for testing a separate app for businesses ahead. 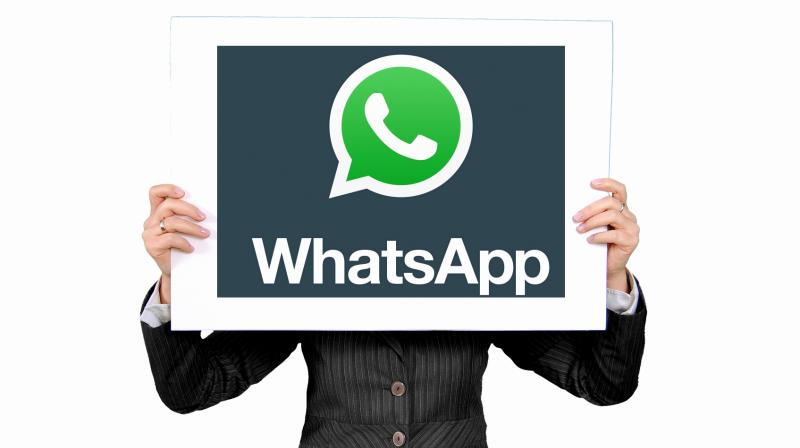 WhatsApp this week rolled out a beta update for iOS only which allows users to edit and revoke messages.

Old rumours are moving on to a new level with WhatsApp hinting towards building a new separate application for businesses.

WhatsApp is presently in the news for the best and worst reasons. While most of the news speaks of the various features implemented by the messaging app, the darker side hammers it down for playing with users’ privacy. Several governments are scrutinising the privacy issue after WhatsApp announced that they will be sharing data with Facebook to improve on quality, implement advertisements based on the data and many other such reasons. While nothing is clearly communicated from the social giant Facebook, which owns WhatsApp, things are still rumoured about the data sharing reasons between Facebook and WhatsApp.

Facebook-owned WhatsApp messenger is now rumoured to be working on its next separate application for business users. According to a report from Fitnhit.com the social giant, with over 1 billion users on WhatsApp alone, has already rolled out the option to edit and revoke your messages only for iPhone users (in beta stage), and this could be the start of tests for the business app. Businesses can use this feature to interact with users around the globe to increase their promotions, advertisements and product alerts.

While this could be true, nothing has yet been confirmed from WhatsApp’s end. Back in January, WhatsApp had first announced their plans to connect the userbase with businesses and updated their terms and conditions too. WhatsApp’s ‘business communication’ push is presently not clear, but presently WhatsApp and Facebook still say that the data shared across its platform will help reduce spam and irrelevant messages and advertisements to users. On October 13, WhatsApp updated their blog post which reads, “Today, we’re updating WhatsApp’s terms and privacy policy for the first time in four years, as part of our plans to test ways for people to communicate with businesses in the months ahead.”

“People use our app every day to keep in touch with the friends and loved ones who matter to them, and this isn't changing. But as we announced earlier this year, we want to explore ways for you to communicate with businesses that matter to you too, while still giving you an experience without third-party banner ads and spam. Whether it's hearing from your bank about a potentially fraudulent transaction, or getting notified by an airline about a delayed flight, many of us get this information elsewhere, including in text messages and phone calls. We want to test these features in the next several months, but need to update our terms and privacy policy to do so,” WhatsApp further stated.

According to that release, WhatsApp would allow businesses to update useful information to their users, for example — flight notifications, receipts, delivery tracking, and many such important information. “We will explore ways for you and businesses to communicate with each other using WhatsApp, such as through order, transaction, and appointment information, delivery and shipping notifications, product and service updates, and marketing. For example, you may receive flight status information for upcoming travel, a receipt for something you purchased, or a notification when a delivery will be made. Messages you may receive containing marketing could include an offer for something that might interest you. We do not want you to have a spammy experience; as with all of your messages, you can manage these communications, and we will honour the choices you make,” mentioned WhatsApp on its site’s legal info.

For now, things aren’t as clear whether WhatsApp is working on a separate app for businesses to use, which will co-exist and interlink with the existing app or will it be a ‘for business’ feature included within the same app. Things will get clearer as we move ahead, but for now, you as a user should be prepared for the change. You could wake up one day with your flight alerts, or courier delivery statuses on your notification bar from WhatsApp.