FIFA 19 in terms of visuals hasn’t really made too much of a jump, but it is improving steadily. 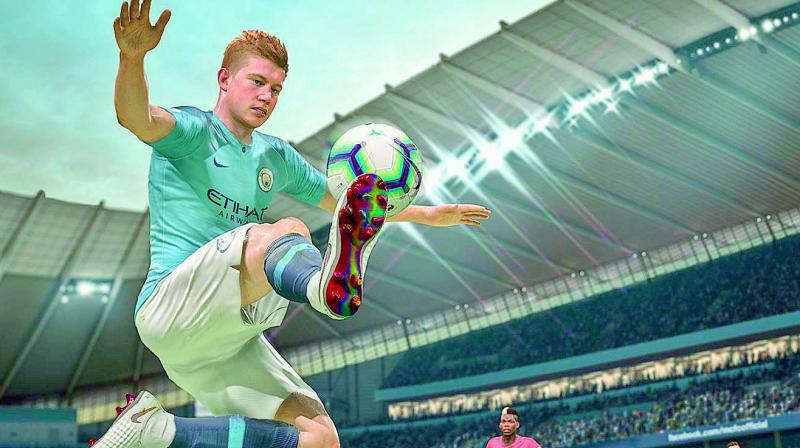 The rest of the game however still looks and feels pretty much the same.

While FIFA 19 isn’t a massive step away from the tried and tested formula, it does a lot of new things that really do help it stand out as a brand new title.

In terms of visuals, it hasn’t really made too much of a jump, but they have gradually been improving top tier player likenesses year after year. The rest of the game however still looks and feels pretty much the same.

The gameplay is where we see tweaks with every iteration of FIFA and FIFA 19 for a change feels like a game where pace isn’t too overpowered. Slower defenders and holding midfielders finally have a chance to compete for spots in your lineup and jostling and standing tackles are a big part of the game. I can’t imagine a few years ago having someone like Sokratis or Kroos be so effective in my lineup. While pace isn’t as broken as before, fast wingers are still crucial and the likes of Lucas Moura do still have the potential to turn the tide of the match with a few crazy runs.

The one part of FIFA 19 that I didn’t enjoy was passing and interceptions because it’s become way to easy to lose possession with AI and new tactics for hard pressing being a bit too unbalanced. A brand new feature called ‘Time Shot’ allows you to improve your chances of scoring with an extra tap of the shoot button at the right time, however, it’s a risk reward scenario because of you mistime it you risk skewing your shot wide!

In terms of game modes we’ve known for a few years now that FIFA Ultimate Team was EA’s golden goose and EA has genuinely made efforts to improve it and make it more rewarding for the average player. Squad Building Challenges and Squad Battles provide a good alternative to Online Multiplayer in FUT which is now rivals that matches you against similarly skilled players as you compete every week for rewards and a chance to face off in the weekend league against the best of the best.

FIFA’s experiment with story driven content continues with another decent run with ‘The Journey’ continuing now with more characters involved in the narrative. ‘Kick off Mode’ however is where the causal fun part of FIFA makes a huge comeback for the players.

At the end of the day if you play FIFA every year, you might not see to much changed but if you’re in it for FIFA Ultimate Team then it’s certainly more rewarding.