The app is an automated selfie photographer that takes black and white photos of the user every time he/she poses. 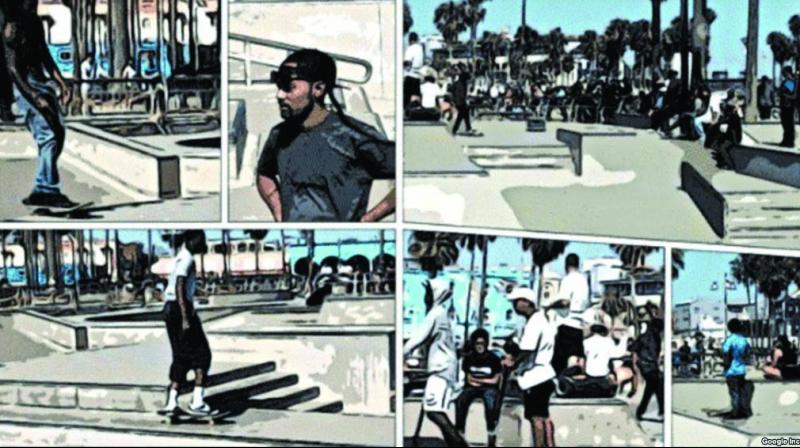 Turning photos into images inspired by art or even comic book art grew popular with the launch of the A.I.-powered editing app Prisma.

As part of the new, interestingly named ‘appsperiments’ programme, Google has announced the launch of three new photography applications —  Storyboard, Selfissimo and Scrubbies.

The ‘Storyboard’ app turns videos into comic book like layouts. Turning photos into images inspired by art or even comic book art grew popular with the launch of the A.I.-powered editing app Prisma. Though  this type of ‘creative photographs’ are no longer in vogue, bringing it out in video format might help bring back interest in it. This new app records video clips and automatically separates out six frames which it then lays out in a comic book-style template.Users can refresh the app to get new layouts and frames. The company claims that the app can produce more than 1.6 trillion combinations. Storyboard is Android-only for now.

The second app, Selfissimo, as the name implies, is designed for selfies. The app is an automated selfie photographer that takes black and white photos of the user every time he/she poses. It creates a sheet of photos, like the ones taken in a photobooth, or like a real-time photoshoot. Selfissimo is available on both Android and iOS.

The third app called Scrubbies is designed for video. It lets users remix videos, by quickly going back and forth through a video to create video loops, much like how a DJ creates music. Google describes it as ‘scratching it like a DJ’. One finger plays the video, while two fingers capture the playback for you to save and share.

This might also remind users of Instagram’s Boomerang, what makes it different is that it lets users go hands-on. Scrubbies is currently just for iOS. This is not Google’s first experimental photography app. Last year, they had come out with ‘Motion Skills’ to make iOS live videos less shaky. It later brought out a variation of this to Android to provide new recording experience for shooting shareable clips.

Like Motion Stills, these three new apps are fully functional software in their own right. However, they are  built on experimental technology that Google will continue to build over time.