Technology   In Other news  18 Jul 2020  Antitrust regulator to question Zuckerberg on Facebook for unfair practices, says report
Technology, In Other news

The Federal Trade Commission has been conducting a yearlong probe into whether the social network has abused its dominance in the market. 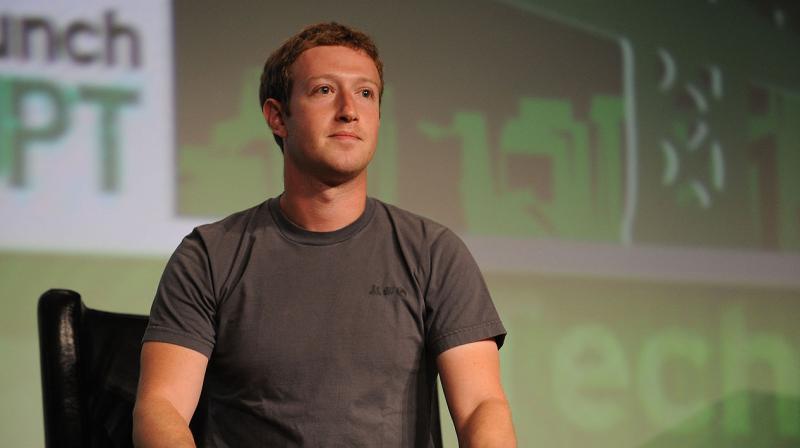 The Federal Trade Commission is considering taking sworn testimony from Zuckerberg and Facebook chief operating officer Sheryl Sandberg, the Wall Street Journal reported. Major tech companies Google, Apple, Facebook and Amazon, referred to by the acronym GAFA, have been under the scrutiny of the US House Judiciary Committee and the Department of Justice for alleged anti-trust practices. (Photo | Wikimedia Commons - C Flanigan)

SAN FRANCISCO: US regulators may question Facebook chief Mark Zuckerberg and his right-hand executive to determine if the social network has broken monopoly laws, according to a Wall Street Journal report Friday.

The Journal cited unnamed people close to the matter as saying the Federal Trade Commission is considering taking sworn testimony from Zuckerberg and Facebook chief operating officer Sheryl Sandberg as part of a yearlong probe into whether the leading social network has abused its dominance in the market.

The FTC declined to discuss the report.

“We look forward to sharing our views about the competitive landscape, along with other technology leaders, during this month’s Congressional hearing, while also demonstrating for enforcement agencies that our innovation provides more choices for consumers,” a Facebook spokesperson said in response to an AFP inquiry.

Leaders of Amazon, Apple, Facebook, and Google are to testify during an antitrust investigation hearing at the US House Committee on the Judiciary on July 27.

The hearing comes against a backdrop of growing complaints about tech platforms that have dominated key economic sectors, and calls by some activists and politicians to break up the Silicon Valley giants.

“Since last June, the subcommittee has been investigating the dominance of a small number of digital platforms and the adequacy of existing antitrust laws and enforcement,” Nadler and Cicilline said.

“Given the central role these corporations play in the lives of the American people, it is critical that their CEOs are forthcoming.”

Google and Facebook, which account for the bulk of digital global advertising revenue, provide free services that have become dominant in their sectors—such as Google’s search engine or its subsidiary, video-sharing platform YouTube.

Users’ interactions with these products allow the companies to collect data profiles and sell targeted advertising space on a massive scale.

At Apple and Amazon, it is their sales platforms—the App Store on iPhones and iPads, or Amazon’s e-commerce site—that are in the sights of regulators, since the two companies are both hosts and merchants.

Earlier this year, the US Justice Department said it was reviewing potential anti-competitive actions by major tech platforms, and attorneys general from the majority of US states have launched antitrust investigations of Google and Facebook.