Technology   In Other news  18 Sep 2020  As things get heated on internal message boards, Facebook mulls moderating employees' posts
Technology, In Other news

A year ago on getting complaints about heated, abusive posts, Google told staff to be responsible and thoughtful on internal message boards. 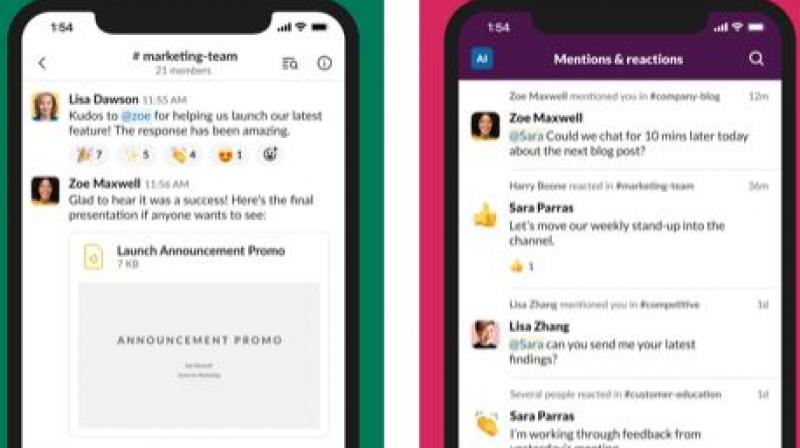 Facebook said will also make it clearer which parts of its Workplace internal message board is for discussing contentious political or social issues, and carefully moderate those conversations. (Representative Image)

San Francisco: Facebook on Thursday said it is updating workplace policy to prevent clashes over politics, racial justice or the pandemic on its internal employee message board.

Chief executive Mark Zuckerberg discussed the move during a question-and-answer session with employees.

“What we’ve heard from our employees is that they want the option to join debates on social and political issues rather than see them unexpectedly in their work feed,” Facebook spokesman Joe Osborne said in response to an AFP inquiry.

“We’re updating our employee policies and work tools to ensure our culture remains respectful and inclusive.”

Facebook is strengthening its harassment policy so that employees from under-represented communities don’t face hostile work environments, according to Osborne.

The Silicon Valley-based internet titan said will also make it clearer which parts of its Workplace internal message board is for discussing contentious political or social issues, and carefully moderate those conversations.

Facebook’s role in the spread of misinformation, hate, or rhetoric has made those workplace topics as well as issues that employees may have strong personal opinions about.

The tech giant is exploring ways to promote civil, open debates focused on work, with all involved remaining professional, according to Osborne.

Details of how Facebook intends to achieve that goal were still being worked out, he said.

Facebook’s move came on the heels of a CNBC report that Google is calling on workers to more judiciously manage internal message board conversations due to complaints about heated, abusive posts.

A shift to remote work at tech firms has ramped up use of internal message boards for worker collaboration and conversation.

A year ago Google updated workplace guidelines for “Googlers,” calling on them to be responsible, helpful, and thoughtful during exchanges on internal message boards or other conversation forums.

“While sharing information and ideas with colleagues helps build community, disrupting the workday to have a raging debate over politics or the latest news story does not,” the updated guidelines stated.

“Our primary responsibility is to do the work we’ve each been hired to do, not to spend working time on debates about non-work topics.”

Managers or those moderating forums were directed to intervene if the policy is violated, revoking comments, ending discussions, or even taking disciplinary action.

The Alphabet-owned internet giant is expanding that moderation scheme to involve more internal discussion groups, according to CNBC.