The game is every bit the sequel gamers wanted it to be and much more. 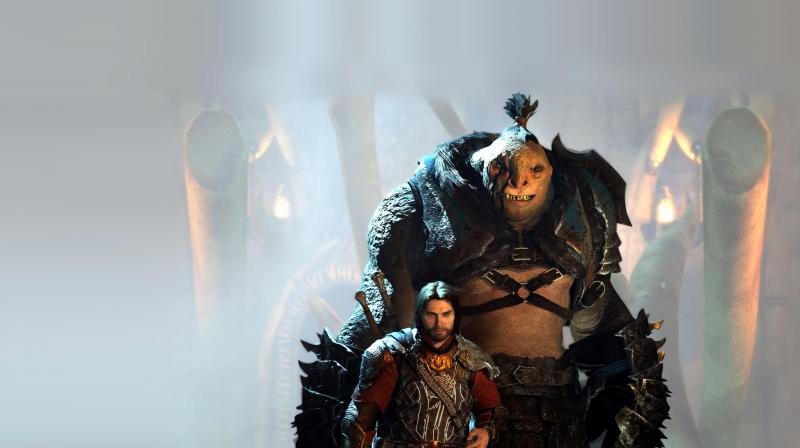 In Shadow of War, Talion and his Wraith companion Celebrimbor forge a new ring of power to fight Sauron for control of Mordor.

Middle Earth: Shadow of War has been in the news for all the wrong reasons in the run-up to its launch with microtransactions and lootboxes stealing the spotlight, however, fortunately for the game, its amazing nemesis system and everchanging orc society take center stage and help it be the sequel we’ve been waiting for.

In Shadow of War, Talion and his Wraith companion Celebrimbor forge a new ring of power to fight Sauron for control of Mordor. Soon, Shelob in her new avatar gets involved and you are embroiled in an all out war for Mordor. The game’s scale is nothing short of massive, and you will lose track of time as you roam across the regions of Mordor trying to get every captain on your side for the upcoming sieges.

The Army system and stronghold assault are quite entertaining as they allow you to assign your own assault leaders with specific upgrades that you can use to complement their abilities and take advantage of the weaknesses of the warchiefs. Once a stronghold has been overthrown, adding your own overlord and warchiefs with defensive upgrades is a nice touch, but what I thoroughly enjoyed was the online component that allows you to raid other players’ strongholds against their setups. It helps keep things fresh and is a nice way to earn some extra loot. The online vendetta’s also allow you to hunt orcs that have killed friends and other players in their worlds, so you jump into your friends world of Mordor to take out that orc. The new nemesis system is ever evolving and even on normal difficulty I got jumped by orcs and ambushed every 20 minutes. Keeping me on my toes always, its quite amazing how one particular orc humiliated me four times in a row and got a big promotion and then foiled a stronghold assault just because he felt like it.

The crafting and loot system offers a good way to keep your gear in check as your level increases. Special gems can be equipped and upgraded for benefits and as you complete missions and take out high level enemies they drop tiered loot which can go all the way to legendary that has multiple layers of bonuses. The microtransactions while present don’t hinder the game in my opinion and you can go through the entire game without spending a penny. The lootboxes available for in game currency and premium currency drop items, orc followers for a stronger army and training orders to improve them. The one disappointing part of the game was the story. While the orcs are truly delightful and amazing to stalk and listen to, Talion himself is emotionless and while he’s got this whole aura of a hero who’s just doing what needs to be done, you can’t really get yourself to like him that much and Celebrimbor is well... dead too. Overall, Shadow of War is every bit the sequel gamers wanted it to be and despite the lacking story the amazing combat combined with the mind blowing nemesis system across the entire scale of Mordor makes it an absolutely amazing experience. If you were a fan of the original, you’ll have a blast. If you’re new to the series and enjoy fast paced combat, then this is the game for you.