India’s first Snapchat Lens for a movie has been launched

Snapchatters will be able to transform themselves into Bauua complete with garland and sunglasses. 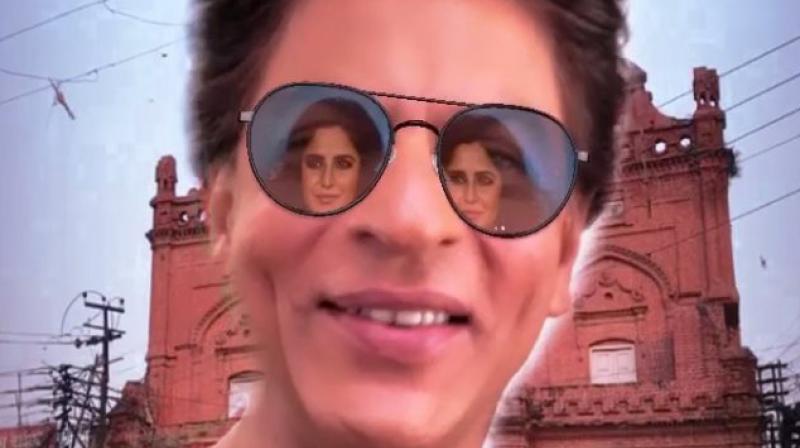 The Zero Snapchat Lens is an industry first in India and is focused on driving buzz.

Red Chillies Entertainment has partnered with Snapchat to launch the first ever Augmented Reality (AR) Lens for a film in India to promote the upcoming launch of Zero on December 21, directed by Aanand L. Rai and starring Shah Rukh Khan.

The Lens, goes live today and runs through December 22, will allow Snapchatters to become the main character, known as Bauua Singh, and interact with the plot line of the movie.

Zero’s plot revolves around Bauua Singh (Shah Rukh Khan), a 38-year-old man from Meerut who is vertically challenged. He eventually finds his companion in Aafia Bhinder (Anushka Sharma) a scientist living with cerebral palsy. However, with a twist of fate, Bauaa lands up getting close to a moviestar Babita Kumari (Katrina Kaif). The movie tells a story of a Bauaa who believes in living life to the fullest. His physical form in no way limits the way he approaches life, 'Zero' is a film that celebrates life.

The Zero Snapchat Lens is an industry first in India and is focused on driving buzz and interest in the upcoming movie amongst mobile-first millennials in India. Snapchat is continually extending its reach in this demographic and, according to eMarketer,  the number of Snapchatters in India will have increased by 56 per cent by the end of 2018 with many coming back hour after hour to create, chat and consume.

Shah Rukh Khan recently made his debut as an official story on Snapchat. To mark the occasion, Snap also created the first Bollywood star-inspired filter for SRK fans to join in the celebration of King Khan’s 53rd birthday.

To use the Zero Snapchat Lens Snapchatters can tap their face when on the camera screen, to launch the Lens carousel, where they will be able to swipe to choose a Lens. They can then take photos or videos to capture a Snap and share it with their friends.