Kerala now has the country's largest startup Incubator, along with exclusive CoEs for hardware, Health and BioTech. 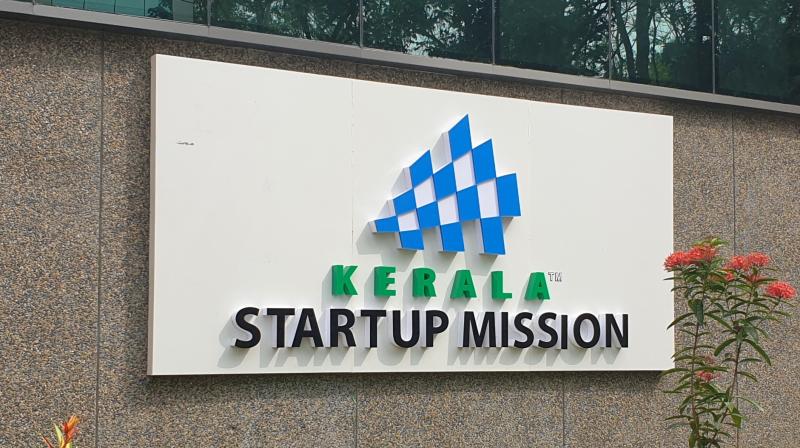 The CM of Kerala Pinarayi Vijayan inaugurated on Sunday, an Integrated Startup Complex, a Maker Village, and Bio Nest, in Kochi.

If you think that Bangalore, Pune, Gurgaon and Hyderabad are the biggest startup hubs in the country, you are wrong. Come 2019, Kerala, a state the green southern state, will have the largest incubation facility for existing and upcoming startups. The CM of Kerala Pinarayi Vijayan inaugurated on Sunday, an Integrated Startup Complex, a Maker Village, and Bio Nest, in Kochi. While the Integrated Startup Complex is a plug-and-play facility for startups, Maker Village is a space dedicated to hardware innovation, and Bionest is earmarked for future medical technologies. Setup by Kerala Startup Mission (KSUM), the Integrated Startup Complex also houses a separate incubation center for international hardware-related startups (BRINC), in addition to a CoE for cancer care (BRIC).

The startup complex is spread across 1.8 lakh square feet, and KSUM claims that it is already planning further expansion since the existing one was sold out even before it was launched. This translates to roughly 2.5 lakh new jobs for a state that is limping back to life after a major natural disaster.

Besides ongoing research for cancer care, a separate CoE for AR/VR and Gaming, and Computer aided engineering, the startup complex also has smaller but globally relevant startups that are already doing impressive work:

While most of us know what IoT means and its popularity, it is interesting to know that there is a whole new branch of IoT, which connects devices using the frequencies of your existing mobile networks. Simply called Cellular IoT, this is a technology that promises to make it big, especially with the proliferation of 5G over the next few months. A company called Cavli Wireless has created a physical IoT module, with an integrated eSim. The module can be customized for by any IoT service provider for say, vehicle tracking, logistics, or any other form of home or industrial IoT. Cavli Wireless has created something called HubbleThings, which is essentially an online cloud-based consortium of ISPs and device companies across the globe. If you wish to create an IoT application in South AFrica for instance, all you need to do is to connect to the South Africa touch-points of HubbleThings and you are ready to roll. The dream of Cavli Wireless is to let people truly leverage their mobile networks for affordable, but useful IoT applications.

Ignatarium is a startup that is built from ground up on AI. Using software algorithms of Tensor Flow, MobileNet and AlexNet, the company creates video analytics solutions for traffic zoning, surveillance and attire detection, all the pillars required for workplace and factory management, even smart cities. Ignatarium builds its AI bricks on top of hardware platforms from NVidia, Intel and Qualcomm.

Thought it seems like a misfit amidst all the high-tech stuff that happens around Kochi, a company called Ingen Robotics is committing itself to creating usable, affordable and well-engineered consumer bots. The first product of the company is called Roti Bot, a robotic roti maker. Into its 7th iteration, the Roti Bot is a complex technical mixture of software algorithms, optics, motor technology, electrical circuits and heat technologies to go through the rigmarole of mixing the right quantity of water to the wheat powder, getting the right composition before heating it up to the right temperature evenly across the roti, while letting the user personalize it for taste! Everything from the container that houses the water, the 'churning chamber', and the heating unit operates with clockwork precision to ensure that you get the perfect roti for lunch or dinner. Ingen Robotics hopes to find takers for either the concept or a buyer for the product, after which engineering can be scaled up for mass production.

From rotis to industrial IoT, it's all happening in Kerala. With increased impetus to attract and retain startup talent, seems like we can expect a few innovative stuff to come from down south.