Technology   In Other news  19 Feb 2019  BAN PUBG: After demands for ban in India, PUBG promises new path
Technology, In Other news

PUBG has considered the issue and has issued an official statement to help better the unfortunate situation. 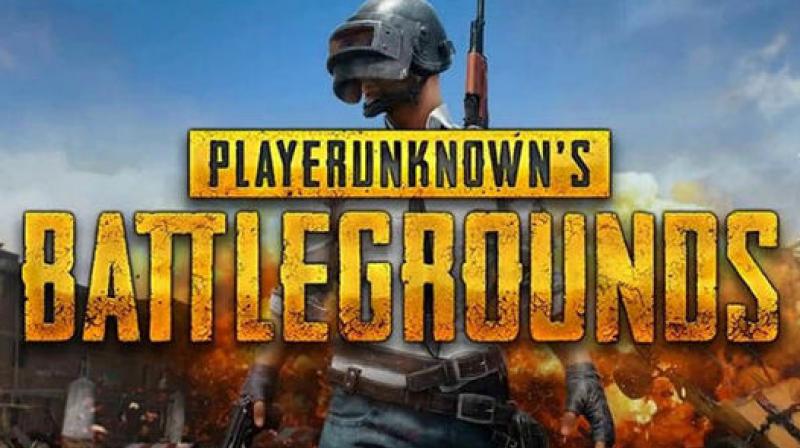 The NCPCR in India went ahead to recommend a ban on the game in India in order to cut down the addiction amongst the youth of today and help them concentrate on studies.

One of the most popular games that spread like wildfire amongst the youth is PUBG. The first person shooter game that has hooked the youth to their smartphones was in the limelight after there were reports of suicides because of the massive addiction. The most popular game in India faces criticism for the violence in the game which is pushing kids and teens towards an unhealthy behavior such as lack of studies, theft and even suicide.

The NCPCR in India went ahead to recommend a ban on the game in India in order to cut down the addiction amongst the youth of today and help them concentrate on studies.

Player Unknown’s Battlegrounds, or PUBG has highly considered the issue to help better the unfortunate situation. In an official statement to Deccan Chronicle, PUBG Mobile team states, “We appreciate the support and trust given to us by our PUBG MOBILE players. While we strive to deliver the best possible gaming experience to our fans, we also believe that it is extremely important for us to be a responsible member of the gaming ecosystem. To this end, we constantly work and shall continue to work with different stakeholders, including parents, educators and government bodies, and listening to their feedback on what we can do to enhance the overall PUBG MOBILE experience.”

“To foster a healthy and balanced in-game environment, we are developing numerous new features and enhancements which enables us to provide an environment for players to enjoy PUBG MOBILE in a rewarding and responsible manner. We are honoured to have a passionate community of PUBG MOBILE players in India and globally and continue to welcome their feedback to make PUBG MOBILE the best game ever!,” concluded the statement.

PUBG is more than a year old today and the latest report states that the gaming industry, because of PUBG, has set to cross more than Rs 11,880 crore in the next four years. While the game has revived the gaming industry in India, the game was also blackened for promoting violence due to the addiction it can cause. Reports of an 18-year old Mumbai boy committing suicide, man killing his sister for a phone charger in Maharashtra are some reports from India. Also in Malaysia, a man was reported to allegedly walk out on his pregnant wife for PUBG.

The Gujarat government also recently sent out a circular to all schools to ban PUBG.

However, PUBG does not seem to be the only game addiction that could be causing mental health issues. There are several other games that can ruin a child’s mind or addict the person for entertainment. Targeting PUBG alone would actually be unfair.

While one might think that that playing a game for a few hours cannot be that harmful, doctors clearly differ.

“I would like to first explain that not all video games are bad. However, PUBG is a highly addictive game, mostly because of the violence in it. Kids are very vulnerable and may repeat the actions that they see while playing the game. Such games can blur the line between right and wrong for a child,” opines consultant psychiatrist and therapist Dr Purnima Nagaraja. “Children do not know how much to watch or what to watch, so parental control is extremely important,” she adds.

The last two decades have seen a substantial increase in mental health problems emerging from the internet and gaming addiction, which has led the World Health Organisation (WHO) to recognise “gaming disorder” as a diagnose-able condition.

Explains Dr Baijesh Ramesh, a psychologist, “Excessive gaming behaviour (games like PUBG) also tend to result in increased aggressive behaviour, poor academic performance, sleep difficulties, feelings of loneliness and other serious emotional and behavioural problems among children and adults. In the last six months, I have had many clients who sought treatment for addiction to PUBG. Though the majority is between 12 and 24 years of age, I have had a good number of middle-aged individuals also seeking treatment for it.”

However, professional gamers and gaming experts feel that a person’s aggression cannot be blamed on a game. “Games can’t be the reason for a person’s violent behaviour. On the other hand, games help raise the level of good aggression. Targeting PUBG is unfair as there are lots of other games which have the same game play. According to me, the government should focus on the real issue behind the rising violence amongst youngsters rather than banning games,” says Balaji Ramnarayan, professional Dota 2 player.

Resonating the same, Aditya Dogra, game beta tester and an avid gamer adds, “Banning the game over aggression is not a right decision. There are multiple games on shoots and loots, PUBG is not alone. But even if the Gujarat government is banning it, there are many APK files easily available on the internet. That accessibility can’t be monitored. Moreover, the government should focus on raising awareness about how youngsters should differentiate between a game and real life.”

However, while the gaming industry is here to stay and many titles will come and go, it is left to parents and the society to help curb the problem. Restrict or ration out the equipment for gaming to children by ensuring that they are not gaming too long into addiction. Make sure, as parents, that you are monitoring the content your child is hooked on to. Mentor your child, deflect him/her with other physical activities and outdoor games. And most of all, spend more time with your children.