Kingdom Hearts is the best crossover game for Disney fans. 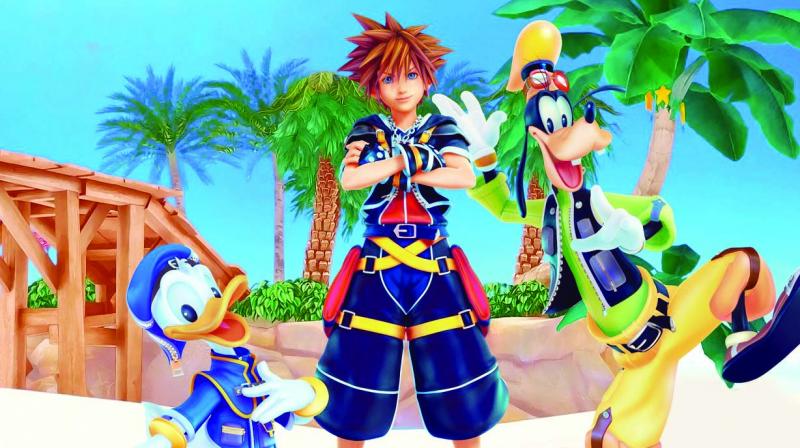 Now with Kingdom Hearts 3 we will have a dedicated Toy Story world with our cast being shrunk down to toy size taking on toy size heartless enemies.

Square Enix revealed that the next edition of Kingdom Hearts will have a special world dedicated to everyone’s favourite animated franchise; Toy Story! For those of you new to the franchise, Kingdom Hearts is basically the best crossover game for Disney fans with characters from Disney, Final Fantasy and The World Ends With You all coming together in a massive universe designed specifically for the game.

The game revolves around the main character Sora and his adventures with other prominent characters such as Donald Duck, Goofy as they protect the various Disney universes without trying to interfere too much. Now with Kingdom Hearts 3 we will have a dedicated Toy Story world with our cast being shrunk down to toy size taking on toy size heartless enemies. With some of Andy’s toys and Andy himself missing, Sora joins forces with the likes of Woody and Buzz Lightyear to get to the bottom of the mystery at the Galaxy Toy Store.

While the gameplay from the trailer definitely hit the sweet spot for both Toy Story and Kingdom Hearts fans with its fast based hack and slash action and familiar settings like Andy’s play room and front yard; it’s the wait that’s really going to test fans! The game was originally announced back in 2013 along with Final Fantasy XV which launched with universal praise, however even with a 2018 launch window most fans don’t expect Kingdom Hearts 3 out before 2019.