SOTR does a great finish

The best part of any Tomb Raider game of course is the puzzle and Tomb sequences. 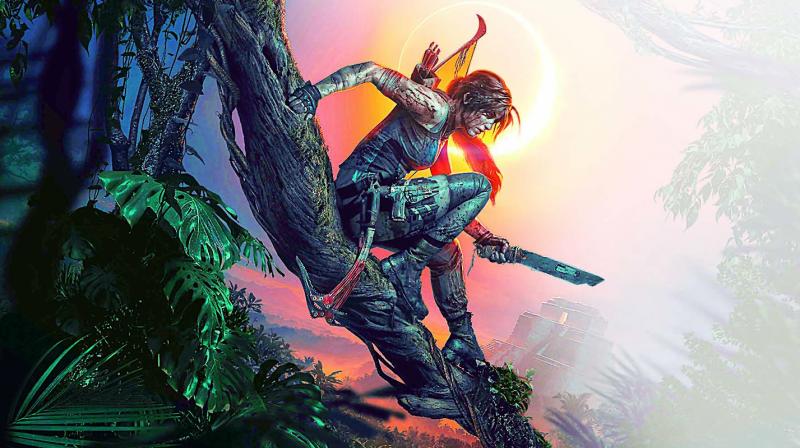 The Tombs have gotten a lot more complex, but not necessarily more difficult so it’s a great sense of satisfaction when you end up completing them.

Shadow of the Tomb Raider takes us deep into the jungles of South America in pursuit of Mayan and Incan ruins as we race to stop an apocalypse that the organisation Trinity is looking to unleash. In terms of setting, there’s a lot of jungles and tombs, but we have a few urban settings as well now and then with some neat flashback sequences, that dive into Lara’s childhood as well.

Gameplay as you can imagine revolves a lot around puzzles and sneaking around enemies, but you can go in guns blazing should you choose to do so. A brand new feature introduced allows you to take cover in foliage like bushes and vines by covering yourself in mud to make it a little easier to stay hidden. Another new introduction is a lot more underwater sequences that aren’t just exploration, but involve sneaking around enemies and some sneaky takedowns as well. While gunplay and combat are crisp, it encourages more non-gun combat with sneaky takedowns for a stealthier approach. There’s enough weapon variety to support various playstyles and the perk system lets you boost various skills and allow for a much more exciting experience by tracking enemies through foliage, insta looting, easier headshots and so on.

The best part of any Tomb Raider game of course is the puzzle and Tomb sequences. The Tombs have gotten a lot more complex, but not necessarily more difficult so it’s a great sense of satisfaction when you end up completing them.

Having reviewed the game on PC, I was a bit disappointed to see that the much talked about NVIDIA Real Time Ray Tracing is only going to come in October once Microsoft pushes out the new Direct X update, but the game looks gorgeous regardless. You can use the in-game photographer mode to not just take screenshots but also change Lara’s expression for some hilarious outcomes. In addition, NVIDIA’s Ansel gives a bit more in depth screenshot functionality with a free camera, filters and options to take super resolution screenshots etc.

At the end of the day, Shadow of the Tomb Raider is a slightly darker and grittier Tomb Raider than we’ve been accustomed to, made a little lighter thanks to the photography mode. It does a good job of closing up the Tomb Raider trilogy and brings the essence of the franchise to life with some pretty great tombs. The new player hubs and open areas also add a new dynamic to the game, giving Shadow of The Tomb Raider a bit of something extra that sets it apart from the pack without feeling like a shallow addition. I strongly encourage fans to play the first two games before jumping into SOTR for the final chapter of Lara’s journey.