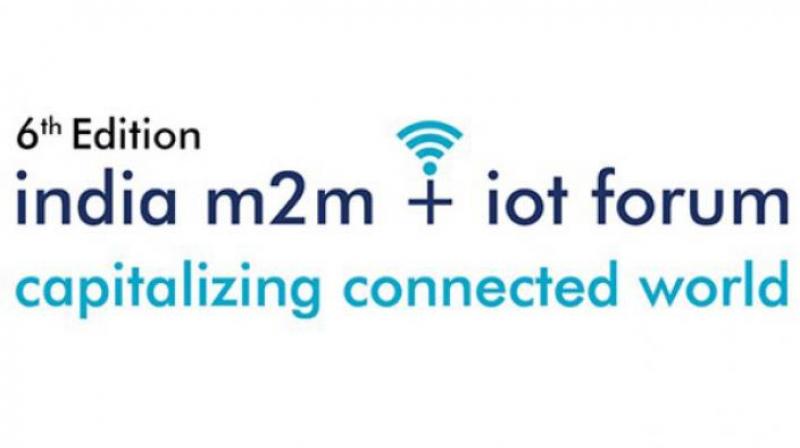 The forum highlighted the need of forward-looking policies and a proactive government to play a role in the development of smart cities and villages,

The 6th edition of India m2m + iot Forum 2019, the national forum on machine-to-machine (m2m) and internet of things (iot) focused on applications of these disruptive technologies in smart cities and villages space was concluded on 15th January after 2 days of enthralling series of Panel discussions, Keynote addresses, Technology show at India Habitat Centre, New Delhi. The forum was jointly organised by the Department of Management Studies, Indian Institute of Technology Delhi (DMS, IIT - Delhi), FI Media (Future Internet and Electronic Media - a prestigious project of the European Union) and India m2m + iot Forum.

The forum highlighted the need of forward-looking policies and a proactive government to play a role in the development of smart cities and villages on the bedrock of JAM Trinity which has 1bn bank accounts (Jan Dhan) + 1bn Aadhaar + 1bn mobile broadband users, already organised for the technological revolution in this space, thus, Capitalising the connected World with the help of modern & niche technologies like 5G, GIS, IoT, m2m and others. Likewise, the governments effort to connect 2.5 lakh Gram Panchayats with BharatNet project was discussed to leverage the smart villages concept in India.

5G vision for India was also one of the major highlights of the 2-day forum, as 5G technology has the potential for ushering a major societal transformation in India by enabling a rapid expansion of the role of information technology across manufacturing, education, healthcare, agriculture, finance and social sectors. The panelists voiced that India must embrace this opportunity by deploying 5G networks early, efficiently, and pervasively as well as emerge as a significant innovator and technology supplier at the global level. Emphasis should be placed on 5G touching the lives of rural and weaker economic segments so as to make it a truly inclusive technology.

The attraction of the forum was, ‘Technology Show – by FIWARE Foundation member companies namely – NEC Technology India, APInf, MobilePedia and Smart Cities Lab Ltd where they demonstrated the OPEN SOURCE PLATFORM designed and developed by the FIWARE FOUNDATION– a market-ready open source software, combining components that enable the connection to IoT with Context Information Management and Big Data services in the Cloud.

The forum also hosted a dedicated session on 'India-EU Dialogue on ICT for Smart Cities' which was organised by the prestigious project, namely, ‘India-EU ICT Collaboration Standardisation’ of the Delegation of European Union to India, highlighting the absolute need for ‘Leveraging Standards for Smart Cities’, which brought together key stakeholders and smart city officials.