Patreon has started a new feature wherein artists can share photos and videos with their followers. 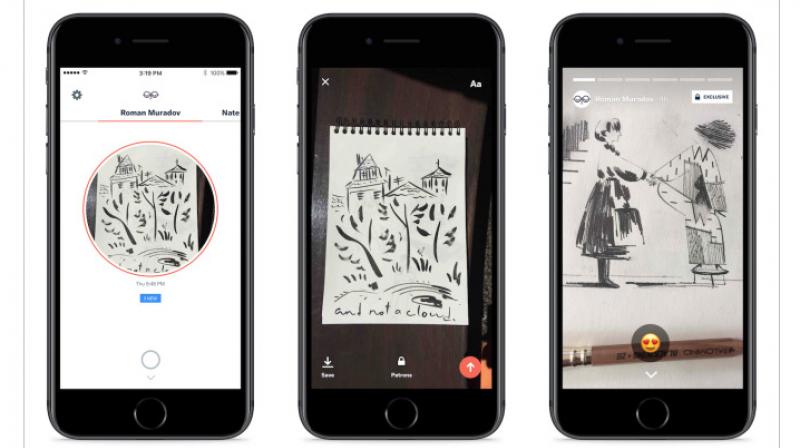 Patrons who have updated the app would get a notification each time an artist has uploaded a video, so that they can view it before it disappears.

Last year, Patreon had announced that it will soon launch a feature similar to 'Snapchat Stories'. Staying true to its words, Patreon has launched the feature where artists can share pictures and video with patrons. The feature called 'Lens' is now available on the Patreon mobile app.

Similar to the functions of Stories, with Lens, artists can record photos and videos on their phones, post them to a feed from where it would disappear after 24 hours. Patrons who have updated the app would get a notification each time an artist has uploaded a video, so that they can view it before it disappears.

“Lens offers a candid and exclusive look at the work of the artists. Lens makes it easy to capture and share that creative process without a creator having to disrupt their flow and think about how they’re going to provide that access,” said Brent Horowitz, the company’s VP of Business and Corporate Development to    a popular tech portal.

Users cannot view the Lens feed in a browser. They can opt between the iOs or Android apps. The company suggests that artists post an update directing patrons to the app.

The company insists it is not entering the photo/video sharing market. As of now, Lens is an extra feature that makes Patreon’s app more useful