Technology   In Other news  20 Apr 2020  Why Google and Facebook should be paying news publishers worldwide
Technology, In Other news

Why Google and Facebook should be paying news publishers worldwide

Governments of France, Spain and Australia have ordered the giant aggregators to pay publishers for content, but will the duopoly accede? 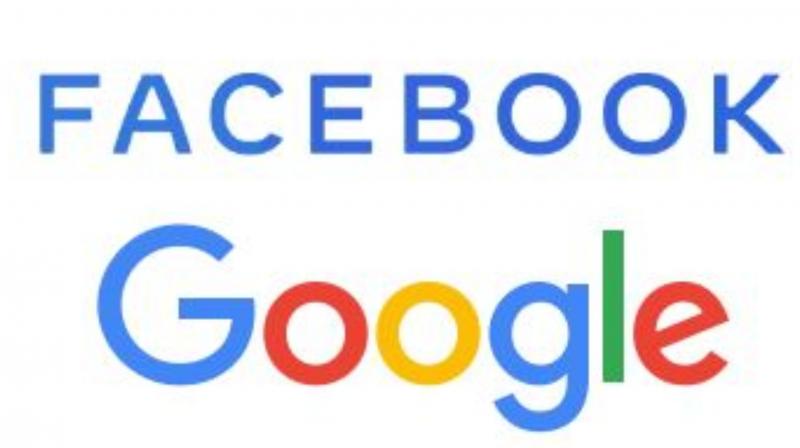 Granted that Google and Facebook give news content legs. They take the story beyond the geographical limits of the newspaper’s reach. But if the disseminator makes nearly all the profits and shares mere peanuts with the producer of the content, how long will news production survive?

The shutting down of several newspapers’ print editions amid the coronavirus lockdown has magnified the problem of Google and Facebook snatching up news content from media organisations and making a profit for themselves. A pittance is paid to the publishers through Google’s and Facebook’s advertisements on the web pages it disseminates.

In fact, once the duopoly of Google and Facebook was established over the years, news organisations were made to compete with each other to get on Google News’ top results by paying to be displayed prominently. Google also introduced Google amp, whereby the web page would load faster but with a Google dominant url and Google ads served along with the content.

Similarly, Facebook forced news websites to accept a “revenue-sharing” model by which the social media outfit would pick up and share news content. The condition was that Facebook would be allowed to post advertisements along with it, a percentage of whose revenue would go to the media outfit.

Granted that Google and Facebook give news content legs. They take the story beyond the geographical limits of the newspaper’s reach. But if the disseminator makes nearly all the profits and shares mere peanuts with the producer of the content, how long will news production survive?

This question was not seriously asked by news organisations scrambling to cope with finding a revenue model on the internet in the early 2000s and getting nowhere, and therefore trying to best each other to get more clicks and shares by paying Google and Facebook. But now with no print advertising in the time of corona to cushion losses from having their content shared around for free, governments are stepping in on behalf of news organisations and telling Google and Facebook to play fair, and share.

On April 9, it was reported that France’s competition authority had ordered Google to pay publishers to display snippets on its news, search and discovery pages. It told the internet giant to negotiate payments with news organisations it was leeching content from.

Similarly, the Australian Competition and Consumer Commission said it would release draft rules in late July for Google and Facebook to pay fair compensation for journalistic content siphoned off news media.

The ACCC had attempted to negotiate a voluntary code by which the global giants would agree to pay traditional media for their content, AFP reported.

In retaliation to such orders in Spain, Google employed a scorched earth policy and shut its news platform. The aggregator decided to employ the arm-twisting move rather than share revenue with news publishers whose considerable investment pays for reporters, editors, graphic designers and others to produce the content.

Facebook too has protested Australia’s orders saying it has already made a USD 100 million investment in the news industry to help new organisations struggling amid the coronavirus crisis. But this attitude of benevolence versus paying what’s fair is precisely the problem.

Facebook and Google produce zero content of their own. They are merely aggregators. Imagine a scenario where Amazon or Flipkart just picked up products from sellers and manufacturers and paid nearly nothing to them. The same model holds good for news too.

News publishers hire journalists, pay for infrastructure and produce news in a readable format with hundreds of crores of rupees of investment. Why has it been okay for Google and Facebook to aggregate and “sell” news thus produced, by gobbling up all advertising revenue for themselves?

Another example from the media world is the use of photographs from wire services. Publishers pay the news agencies to use their photographs. But Google and Facebook get to display the images and news stories without any payment either to the agency or to the publisher that pays the wires.

And as for how Facebook and Google grade and rank news organisations whose content they use, there are no transparent guidelines. This creates an uneven playing field for publishers trying to compete for speed and depth of stories. Even if a publisher puts out a story first or has the most insights to offer on a development, Google news displays arguably inferior results of websites that are ranked higher. In sales pitches to publishers, Google and Facebook have promised better visibility for payment. But that’s another matter, to be argued after the platforms first make fair payments for fair work.

For this, governments worldwide must follow the European and Australian precedents that have sought to end the parasitic relationship Google and Facebook have with the news media, and create a new symbiotic one.