Facebook’s CEO was reacting to stories in leading US media that raised questions about possible special treatment to Trump. 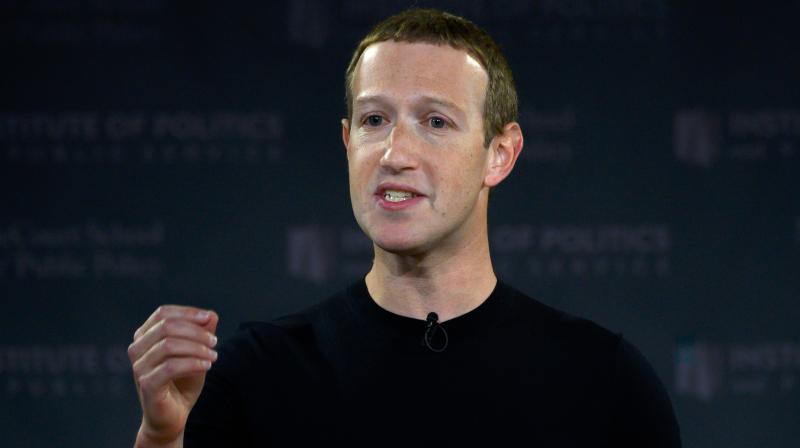 Facebook faces antitrust investigations, like other big tech companies such as Google and Amazon, and Mark Zuckerberg pointed out to the probes to claim there was no arrangement with Trump on keeping his accounts uncensored. (Photo | AFP)

Washington: Facebook chief Mark Zuckerberg said in an interview published Monday he has “no deal of any kind” with President Donald Trump on content moderation on the social media giant.

Zuckerberg, in an interview with Axios, rejected the “speculation” that Facebook had an arrangement that gives the president free rein on the platform.

“Let me be clear: There’s no deal of any kind,” Zuckerberg told the news site.

“Actually, the whole idea of a deal is pretty ridiculous.”

The comments come with Facebook under intense pressure, and a growing boycott from advertisers, to curb hateful content that may promote violence, including from Trump.

Facebook’s longstanding policy has been to steer clear of fact-checking political speech but it did take down an ad from the Trump campaign that included a symbol used in Nazi Germany.

“There are a lot of people who’ve said that maybe we’re too sympathetic or too close in some way to the Trump administration,” Zuckerberg said.

He noted that despite his discussions with Trump, Facebook has had a number of conflicts with the current administration including attacks on Section 230, which gives online services a liability shield from content posted by third parties.

“Under this administration, we’ve faced record fines of $5 billion, are under antitrust investigation by multiple agencies, and have been targeted by an executive order to strip protections in Section 230,” he said. Reports in the Washington Post and the New York Times have raised questions about whether Facebook is giving Trump special treatment to possibly avoid regulation or being broken up into smaller companies.

As for having regular contact with Trump, Zuckerberg said “I do speak with the president from time to time, just like I spoke with our last president and political leaders around the world.”

Zuckerberg said he accepted an invitation to a private White House dinner with Trump “because I was in town and he is the president of the United States.”

He pointed out that “I also had multiple meals and meetings with President Obama ... both at the White House and outside, including hosting an event for him at Facebook HQ.”