Get ready for some Ghost War

The upcoming open beta will give you access to 12 classes and a few maps for the new game mode. 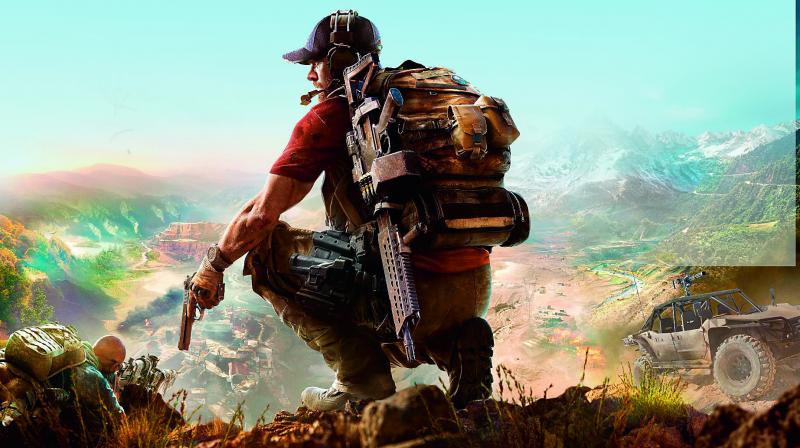 The brand new mode is expected to go into open beta later soon across all platforms the game is available on.

It’s been a while since Tom Clancy’s Ghost Recon Wildland’s came out and the player base has been dwindling the past several months, and understandably so. There isn’t much of an end game, just coop missions which don’t really cut it after a while. However, the concept and gameplay were pretty solid prompting a decent number of players to stick around, enough for Ubisoft to give them what they really wanted all along; PvP multiplayer.

Where the Division Failed, Ghost Recon Wildlands hopes to succeed with what they call Ghost War. In Ghost War, two four-man squads go head to head in a Team Deathmatch, in a more Rainbow Six style tactical manner and less like COD. Players will be free to choose loadouts from the three main classes — Assault, Marksman and Support to fill their team’s role requirement. The maps are expected to be large, making it feel a bit like a spec ops mission as you would expect, similar to the singleplayer.

The brand new mode is expected to go into open beta later soon across all platforms the game is available on. It will have 12 classes, each with unique characteristics, perks, customisation options and more. There will be a total of eight maps in Ghost War, out of which five will be available for gamers to try out in the open beta which runs from September 21 to 25.

I’m personally looking forward to Ghost War because it gives me a tactical shooter that isn’t Rainbow Six Siege and incorporates the elements I enjoyed in the Ghost Recon Wildlands experience.  However, my only concern so far is the networking issues, Wildlands and even For Honor for that matter were plagued with P2P connections, meaning one player in the entire lobby hosted the game for everyone, making online matchmaking a pain.

However, with Ghost War, we are expected to have servers for the online PvP, though Ubisoft doesn’t have the best of reputations with online play. Hopefully the fact they’re concentrating so much on PvP as the new direction for the game means they’ve put the right amount of time and effort into servers and matchmaking. We’ll find out soon enough!