Technology   In Other news  20 Sep 2018  Singapore panel recommends regulation of tech firms over fake news
Technology, In Other news

A Singapore parliamentary committee said the government should consider legislation to ensure tech firms rein in the online fake news. 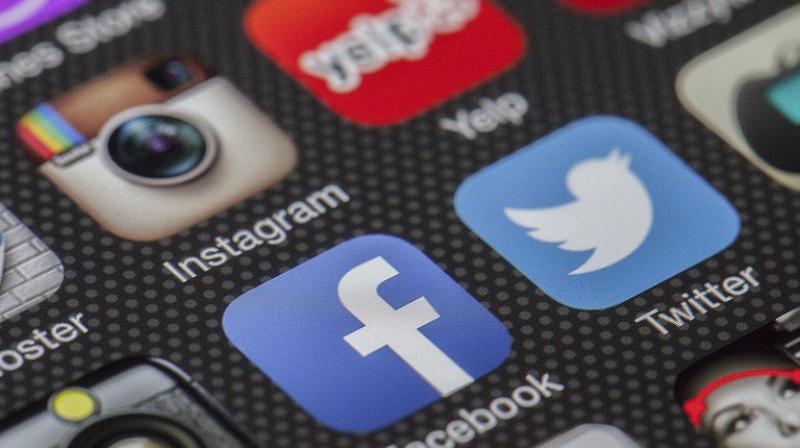 The committee, set up to make recommendations on fighting “deliberate online falsehoods”, said measures were needed as companies such as Facebook, Google and Twitter “have a policy of generally not acting against” content known to be false. (Representational image)

A Singapore parliamentary committee said on Thursday the government should consider legislation to ensure technology companies rein in the online fake news and that those responsible are punished.

The committee, set up to make recommendations on fighting “deliberate online falsehoods”, said measures were needed as companies such as Facebook, Google and Twitter “have a policy of generally not acting against” content known to be false.

“I think there is increasing recognition on all sides that there has to be responsibility on the part of tech companies and that governments have to intervene to ensure that responsibility,” Law Minister K. Shanmugam, a member of the panel, told reporters. He said the government’s response to the recommendations had to be “urgent and serious”.

The ministries of law and of communications said in a statement the government accepted the recommendations in principle and it would work with stakeholders to adopt legislative and non-legislative measures in the next few months.

It did not elaborate on what those measures would involve. Global tech companies have expressed concern about Singapore’s plans to bring in new laws to tackle fake news, saying sufficient rules are already in place.

In an emailed statement on Thursday, Google said it took “the issue of false information seriously” and looked forward continuing to work with the Singapore government to address the issue.

Twitter said it also cared “deeply about the issues of misinformation” and they're “potentially harmful effects on the civic and political discourse." It added that it looked forward to the Singapore government’s engagement with industry “on the full range of approaches to address these issues." Facebook did not immediately respond to a request for comment.

Singapore’s efforts to tackle fake news and the spread of false information online mirror those in various countries amid growing questions about the influence of internet companies and the influence of foreign entities in domestic political processes.

Neighbouring Malaysia’s opposition-led Senate blocked an effort to repeal a law against fake news this month, presenting the first major challenge for the new government of Prime Minister Mahathir Mohamad.

Facebook’s WhatsApp messaging platform in July published advertisements in key Indian newspapers to tackle the spread of misinformation there, its first such effort to combat a flurry of fake messages that prompted mob lynchings.

As well as tackling tech companies, the Singapore committee’s lengthy report also said criminal sanctions should be imposed on “perpetrators” of deliberate online falsehoods. It added that for such sanctions, there should be a “threshold of serious harm such as election interference, public disorder, and the erosion of trust in public institutions”.

Singapore, which has been run by the same political party since its independence from Britain more than 50 years ago, is due to hold elections by early 2021.

Singapore says it is vulnerable to fake news because of its position as a global financial hub, its mixed ethnic and religious population and widespread internet access. Activists worry that laws aimed at stopping fake news could be used by governments to stifle free speech and target legitimate news outlets that are critical of them.

Another of the committee’s recommendations was for media organisations and other industry partners to consider establishing a “fact-checking-coalition” in Singapore, although it said consideration was needed over whether the government should be involved. Singapore ranks 151 out of 180 countries in a World Press Freedom Index issued by Reporters Without Borders, a non-government group that promotes freedom of information.