The chip fabrication plants will be built on a 4.5 million square metre site south of Seoul beginning 2022. 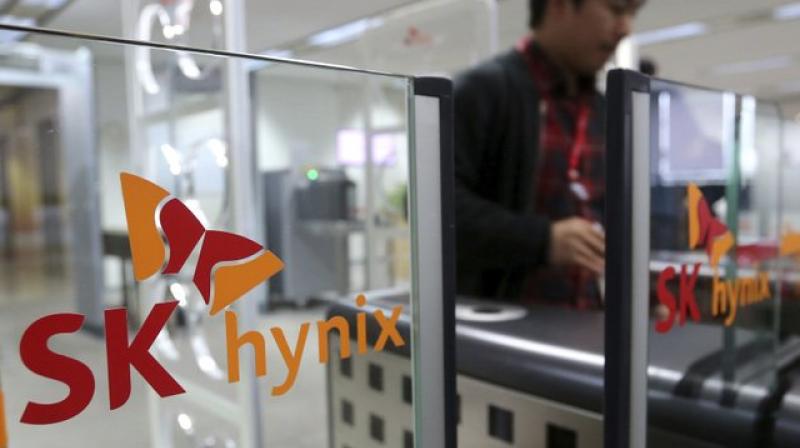 SK Hynix said the investment plan, subject to approval from local authorities, will see over 50 domestic and foreign suppliers join at the site in Yongin, 40 km from the capital. (Photo: AP)

South Korea’s SK Hynix Inc on Thursday said it would spend USD 107 billion building four factories, as the memory chip maker seeks to maintain its competitiveness in the face of Chinese efforts to become a leading chipmaking nation.

The chip fabrication plants will be built on a 4.5 million square metre site south of Seoul beginning 2022, complementing two existing domestic factories that will receive a separate 55 trillion won (USD 49 billion) investment over the next decade.

The plans for the factories, producing DRAM and next-generation chips, come as chipmakers prepare for a surge in demand to power new technology such as fifth-generation (5G) communication networks and artificial intelligence, even as a slowdown in smartphone sales kills off a two-year chip boom.

“Though there is not enough chip demand for autonomous cars now, I believe there will be much more demand for self-driving vehicles in the next 10 years or as early as in 2023 or 2024,” said analyst Kim Young-gun at Mirae Asset Daewoo.

“That will create more chip demand for SK Hynix,” as will the commercialisation of 5G networks over the next few years, Kim said.

The plan also intensifies an arms race between South Korea, the world’s biggest exporter of memory chips, and China, which has been aggressively encouraging chipmaking investment to curb reliance on imports amid a trade spat with the United States.

China is the world’s largest chip consumer, importing USD 270 billion worth in 2017 - more than its total imports of crude oil.

SK Hynix said the investment plan, subject to approval from local authorities, will see over 50 domestic and foreign suppliers join at the site in Yongin, 40 km from the capital.

The chipmaker, which has a third plant in the Chinese city of Wuxi, said it had not yet determined the increase in production capacity.

“It is indeed a long-term investment plan and our strategy may change depending on market conditions,” spokeswoman Olivia Lee told Reuters.

Shares in SK Hynix were up 1.5 percent, while those of domestic peer Samsung Electronics Co Ltd - which announced a new smartphone late on Wednesday - were almost flat.

SK Hynix was a member of a consortium led by US private equity firm Bain Capital which bought the majority of Toshiba Corp’s memory chip business last year. On Wednesday, people familiar with the matter told Reuters Bain had chosen banks to manage an initial public offering of Toshiba Memory as early as September.