The Anno 1800 experience was a refreshing change and builds on the core strengths of the franchise. 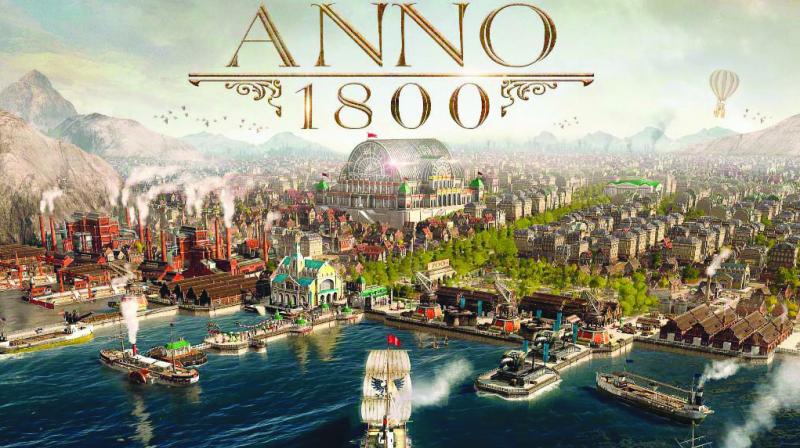 Anno 1800 takes the popular city builder back to the industrial revolution with a historically themed adventure this time around.

Anno 1800 takes the popular city builder back to the industrial revolution with a historically themed adventure this time around. While the gameplay itself isn’t revolutionary, the fun campaign certainly has its moments.

For those of you unfamiliar with the franchise, the Anno series is one of the more complex city builders out there that not only requires you to build housing and resources, but manage a complex society made of multiple classes of citizens with their own needs and requirements. While it’s fairly straightforward for the first two classes of citizens it’s when you start getting Artisan’s it gets tricky. The game starts of as a European island where you, a budding businessman, start off building a small settlement that grows into a massive empire. However, once your citizens become Artisans, they start demanding new goods that aren’t available in Europe. That’s where the New World comes in. For the first time you will manage two separate maps, your home settlement and the New World where you are colonising, adding a whole new dynamic to the game.

While Anno 1800 hasn’t reinvented the franchise, the industrial revolution provides a thriving backdrop for the game with tons of new features. Riots, electricity and the overall constantly changing atmosphere makes it a real challenge but a much more attractive and interesting setting than a futuristic one.

An interesting feature with the newspaper also helps shape public opinion by flexing your influence to highlight your achievements so that the populace forgets their woes is definitely one way to keep morale up, but it won’t last long unless you start listening to the people.

Once again trading plays a major role in Anno 1800 with two methods, Trade Routes and Charter Routes providing two options to players. Charter routes are safer, faster but provide limited benefits since you can move only one type of good. Trade Routes on the other hand are definitely more profitable but come at greater risk given possible attacks and unfavourable shipping conditions.

Overall, the Anno 1800 experience was a refreshing change and builds on the core strengths of the franchise. You can play either Sandbox, Campaign which is essentially a sandbox with a story and missions that follow a fun and interesting narrative or a fairly well worked out multiplayer mode allowing games across multiple sessions. The addition of the New World more than anything else really adds a whole new element to the game as you start to manage to separate maps with their own citizens, resources and demands that have a very much interconnected fate as you try to beat the competition.